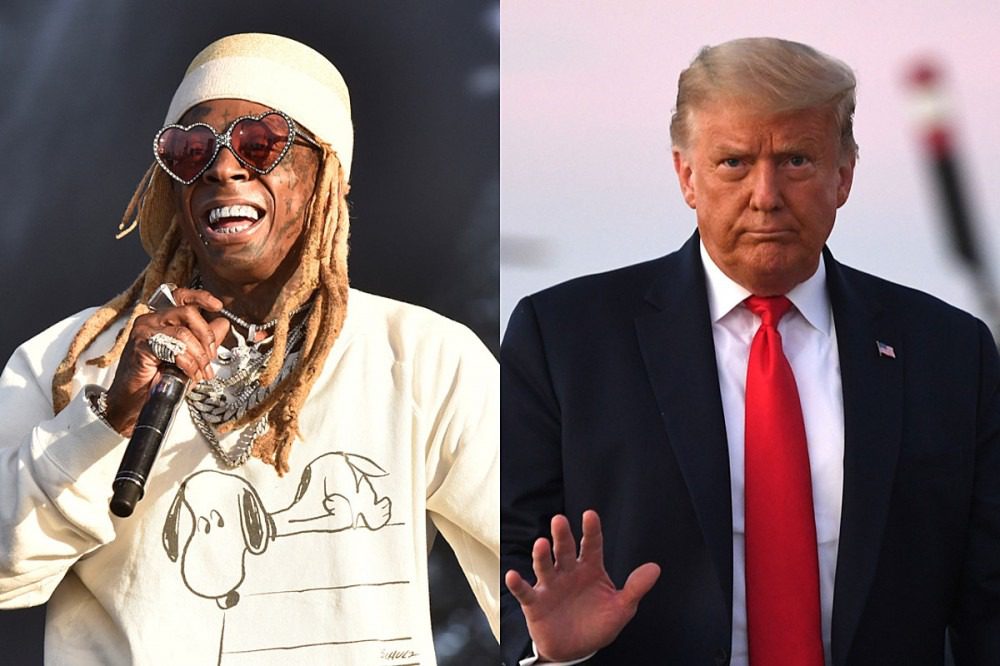 On Thursday night (Oct. 29), in the hours after Weezy posted a photo of himself with Trump along with a message supporting the president, rappers like 50 Cent, Royce 5'9, J.I.D, Angel Haze and more had some words for the rapper.

"[Oh] no WAYNE‍♂️, I WOULD HAVE NEVER TOOK THIS PICTURE. #bransoncognac #lecheminduroi," 50 Cent wrote in an Instagram post with a screenshot of a TMZ story about Weezy meeting with Trump. "This ain’t the Iconic Genius that said. {And I Quote} “Bitch, real G’z move in silence like lasagna”…. Nope ‍♂️ I rebuke you, Satan … Stay away from our ’s .. And Wayne would’ve NEVER worn a shirt to the White House," added Royce 5'9" in a similar Instagram post.

Weezy's apparent cosign revolved around President Trump's Platinum Plan, an initiative the president says will bring $500 billion into the Black community. Weezy delivered his cosign through a tweet.

"Just had a great meeting with @realdonaldtrump @potus besides what he’s done so far with criminal reform, the platinum plan is going to give the community real ownership," Weezy wrote in the tweet. "He listened to what we had to say today and assured he will and can get it done."

Weezy's announcement arrived after Ice Cube revealed that he'd been talking with the republican administration in order to find out ways to help Black people. While some people took this to mean that he was supporting President Trump, Cube used a subsequent Oct. 15 interview with media personality Big Tigger to say that that wasn't the case.

See more reactions to Weezy's Trump cosign below. Check out a list of rappers supporting President Trump when you're done.