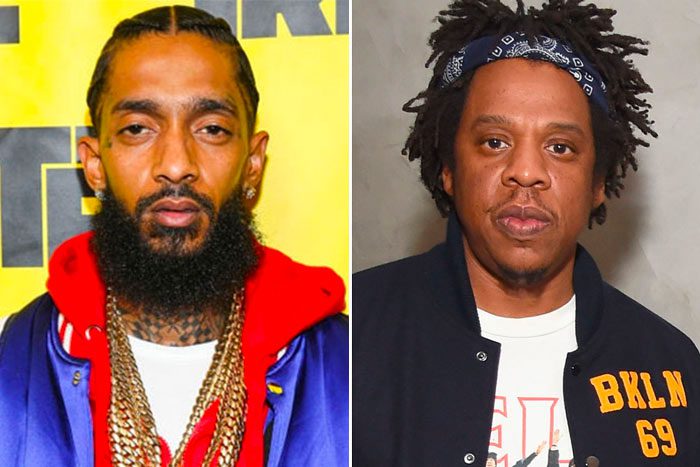 After the announcement of their collaboration earlier in the day, a snippet of Nipsey Hussle and JAY-Z’s collaboration has arrived in a new trailer for Judas and the Black Messiah.

Over the triumphant track, JAY-Z raps about Black Panther leader Fred Hampton, played by Daniel Kaluuya in the film.

“I arrived on the day Fred Hampton got mur—hold up / Assassinated just to clarify further,” he raps. “Black stones on my neck, y’all can’t kill Christ / Black Messiah is what I feel like / Shit ain’t gon’ stop till y’all spill blood / We gon’ turn up even more since y’all killed cuh.”

In theaters and streaming exclusively on @HBOMax this Friday. pic.twitter.com/cLYOrs3MZL

The song also features a new verse from Nipsey: “And this is what it feels like / The only reason I survived ’cause a ni**a is special / First you get successful, then it gets stressful.”