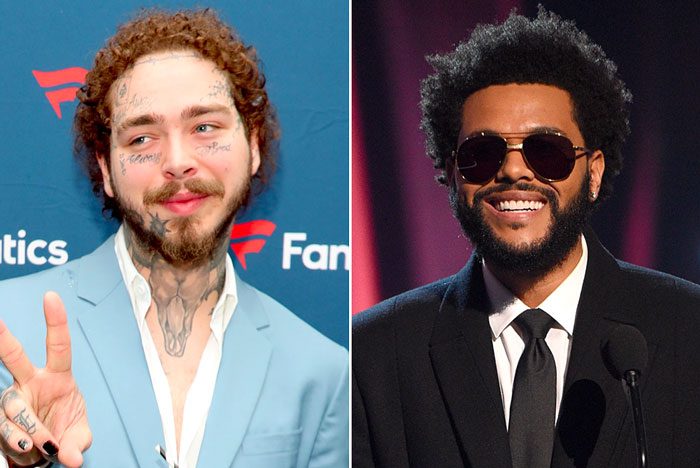 Post Malone joins forces with The Weeknd on “One Right Now.”

Produced by Louis Bell, Brian Lee, and Andrew Bolooki, the melodic track marks the first collaboration from the superstar duo.

“You’re a stain on my legacy / We can’t be friends, can’t be family,” sings Abel. “You belong to the world now, so just leave me alone now.”

The track serves as the first single off Post’s fourth studio album, the follow-up to 2019’s Hollywood’s Bleeding. The accompanying video, directed by Tanu Muino, is set to debut next week.

“I want to make an album that will uplift and show that people are not alone in their times of loneliness and worry and that at the end of the day we all just need to show love to everyone on the planet and figure things out,” Post told WSJ. Magazine last year. “So we’re working pretty hard, and I think we’re making some incredible stuff.”

Back in July, he dropped his song “Motley Crew” off a companion project to his forthcoming documentary.