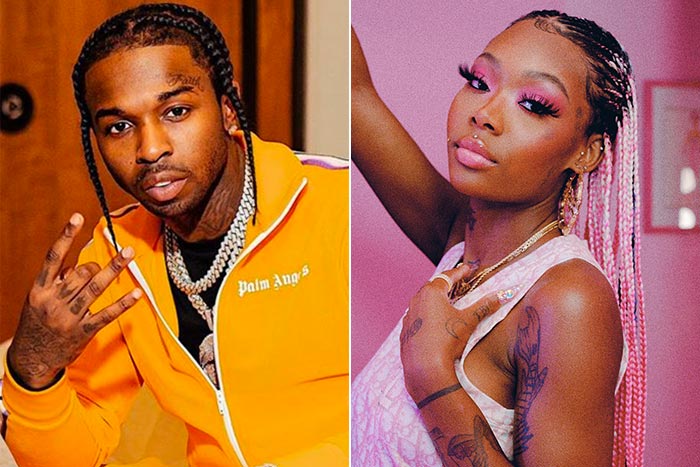 On the sensual R&B jam, the late Brooklyn rapper serenades his “little boo thang” while Summer adds her seductive touch. “I don’t mean to tip, but I got a tight grip on it,” she sings. “Gotta keep it on the go / ‘Cause a pussy don’t talk control.”

“Mood Swings,” which originally only featured Lil Tjay, is a standout off Pop’s posthumous debut album, Shoot for the Stars Aim for the Moon. The song has received over 317 million global streams and recently hit No. 17 on the Billboard Hot 100.

A deluxe edition of the album was released in July with 15 new songs including collaborations with Jamie Foxx, Fivio Foreign, Burna Boy, Davido, and A Boogie wit Da Hoodie.