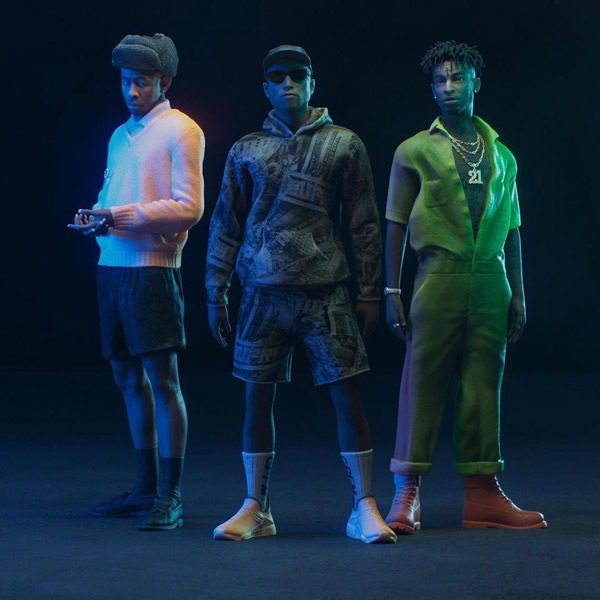 Pharrell connects with 21 Savage and Tyler, the Creator on “Cash In Cash Out.”

Over Pharrell’s million-dollar instrumental, 21 and Tyler drop flashy verses on the money-making anthem, which includes a hook that will be stuck in your head all summer long.

“Money turned me into an asshole / I ain’t gon’ lie, I was used to being poor,” raps 21 on his verse, while Tyler boasts about turning down a $2.5 million gig (“I declined because the stage didn’t match my ethos”).

In an interview with Apple Music, Pharrell opened up about the collaboration. “I knew the track was aggressive, and it doesn’t let up,” he said. “So it’s like those are the two. It’s like letting two pit bulls loose. Ravenous. Two ravenous wolves… Tyler went crazy. He had done that verse before he put his last album out.”

And there may be even more music on the way. “I miss it. That’s probably the most I can say,” said The Neptunes hitmaker. “I don’t know if you could tell, just based off of everything that’s been happening. Just, I miss it, Pusha, Jack, Kendrick, this. I’m excited.”

The song arrives ahead of Pharrell’s Something in the Water festival, which will take place in Washington, D.C. on Juneteenth weekend (June 17-19) and stream live on Amazon Music.

21 Savage and Tyler will both perform, along with Usher, Lil Baby, Ashanti, and Ja Rule. Pharrell will also hit the stage with special guests Clipse, Justin Timberlake, N.O.R.E., Q-Tip, and SZA.