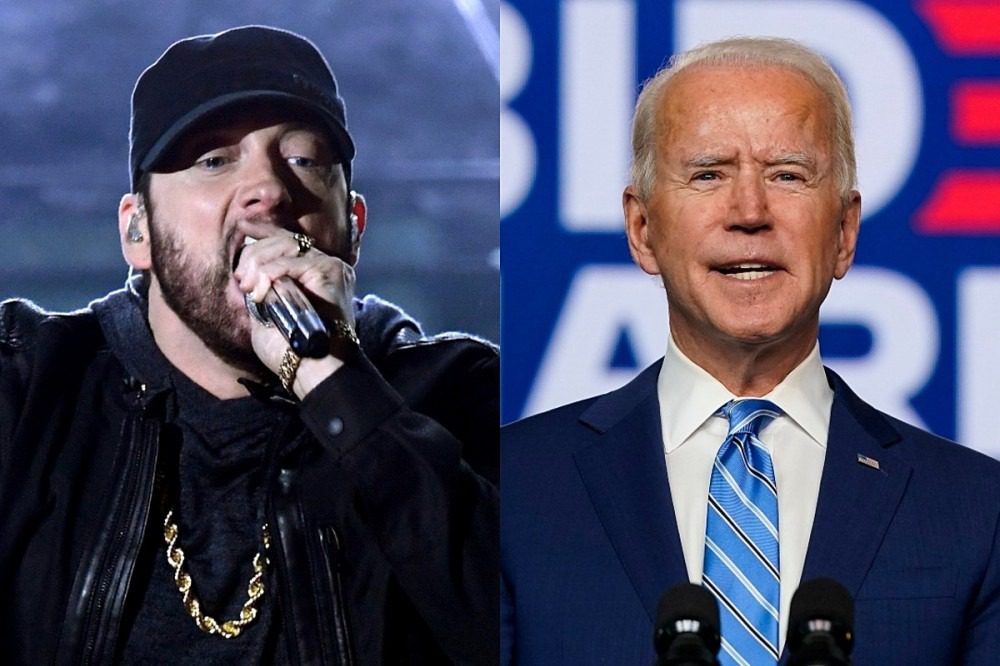 Democratic presidential candidate Joe Biden is the projected winner for the state of Michigan in the 2020 presidential election and people are saying that Eminem had a hand in the former vice president's victory.

On Wednesday (Nov. 4), American citizens still hadn't received news on which of the two presidential candidates—Biden and President Donald Trump—will be taking the seat in the Oval Office. However, what is known is that presidential hopeful Joe Biden is leading the race and according to The New York Times via the Associated Press, he snagged both Michigan and Wisconsin. Two states that Trump won during the 2016 election. Nonetheless, people are suggesting on social media that the campaign ad Biden released on Monday (Nov. 2), which features Em's 8 Mile hit "Lose Yourself," was a contributing factor in the 77-year-old public figure winning the Detroit rhymer's home state in the election.

Earlier this week, Biden premiered the 45-second black-and-white video montage, which served as a vehicle to encourage people to make their way to the polls and vote. The visual starts off with Em's 10-times platinum selling record that he also won an Oscar Award for back in 2003.

Two days later, people are sharing their thoughts on the impact Slim Shady possibly had on Biden's win.

"I'd like to think Eminem allowing the Biden campaign to use 'Lose Yourself' led to this," one person tweeted.

Quite a few people share the aforementioned sentiment and their reactions can be found below.