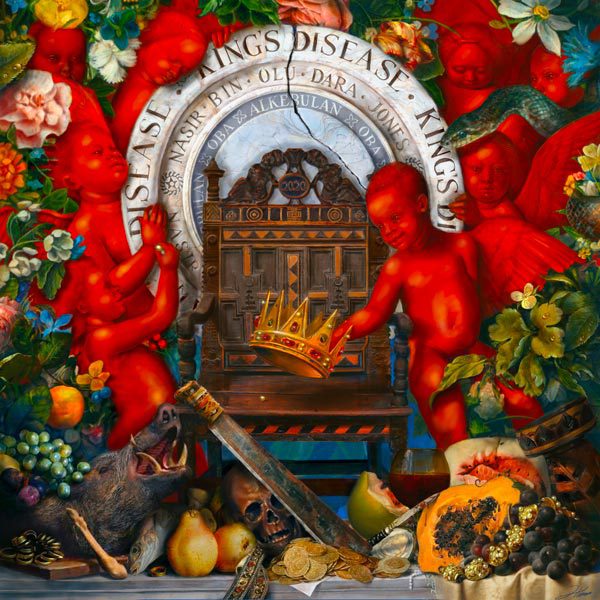 Nas returns to reclaim his throne on his first album in two years, King’s Disease.

Executive produced by Hit-Boy, the 13-track project includes the lead single “Ultra Black,” with appearances from Charlie Wilson, Lil Durk, and Anderson .Paak. Big Sean and Don Toliver team up with Esco on “Replace Me,” while Fivio Foreign and A$AP Ferg guest on the bonus track “Spicy.”

For the first time in over two decades, Nas reunites with his Firm groupmates Foxy Brown, AZ, and Cormega on “Full Circle.” The hip-hop supergroup released one album, 1997’s The Album, before disbanding.

In an interview with Hot 97, Nas opened up about the follow-up to 2018’s Nasir. “Most of us want to be kings and don’t realize what that entails or don’t realize what comes with it,” he said. “The title came before COVID was really huge. It had nothing to do with COVID, but it just worked.”

Added Nas, “A lot comes with life and if you wanna be the best you can be, it doesn’t stop with success.”