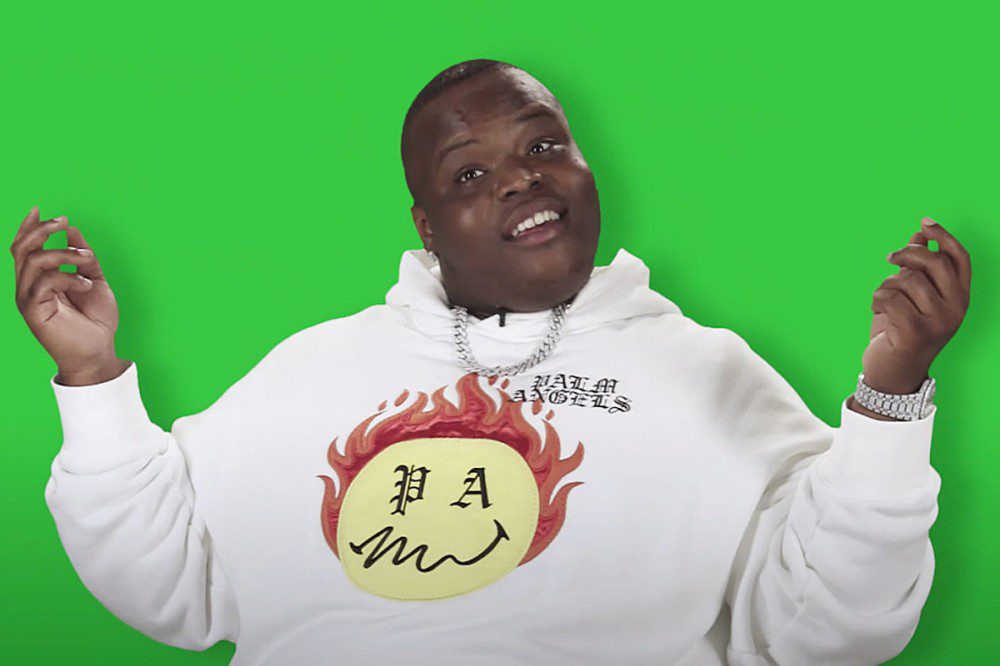 Paraded on his breakthrough song “Quicksand,” cosigned by fellow North Carolina-bred MCs and former XXL Freshmen J. Cole and DaBaby, 2021 XXL Freshman Morray’s church-grown spirit is perhaps his most contagious quality. What fans will peep in his version of XXL’s ABCs is that his inviting aura extends beyond the mic. It possesses him with the ability to light up any room with his charisma and zeal. And that’s one quality of a star that cannot be forced or faked.

To crack open the segment, the Fayetteville, N.C. native uncovers his snack selections whenever he’s smoking. To quench his thirst, his mouth races to say apple juice for the letter A. Then, on the note of munchies, he pairs the letter B with a bowl of cereal. “I’m telling you, 2 in the morning, after that blunt and apple juice, bowl of cereal,” he stamps to everyone in his view.

A bit deeper into the alphabet, the 28-year-old melodist conveys the love he has for his people. “E, ebony," Stands for Black, what I am, what I love, hell you talkin’ ’bout?" he voices with a beaming smile and snicker. “I love everybody though,” he adds. Morray doubles down on that sentiment when he gets to the letter J. “Justice, ’cause we need to stop fucking around. We need to start getting that for ourselves.”

Soon after, he plugs in his stage moniker, which with a few adjustments, also doubles as his government name. “M-O-R-R-A-Y,” he spells out in the air as if he’s on Disney Channel with a sky blue-tinted wand in his hand. He’s got the kinetics down pat as well. Speaking of entertainment, he actually has an allure for acting and writes screenplays sometimes instead of lyrics.

Lastly, as a father, Morray doesn’t stride past the finish line without doubling down on his family ties. “T stands for toddler," he affirms. "I got a lot of kids. I’m done, no more toddlers.” And then for the letter W, the rapper humbly gives a nod to the love of his life. “W stands for the wife," Morray shares. "I’m going to say it in every interview. I don’t give a damn because I’m married. I love her.”

Press play below to peep Morray’s wit shine in his highly entertaining ABCs.