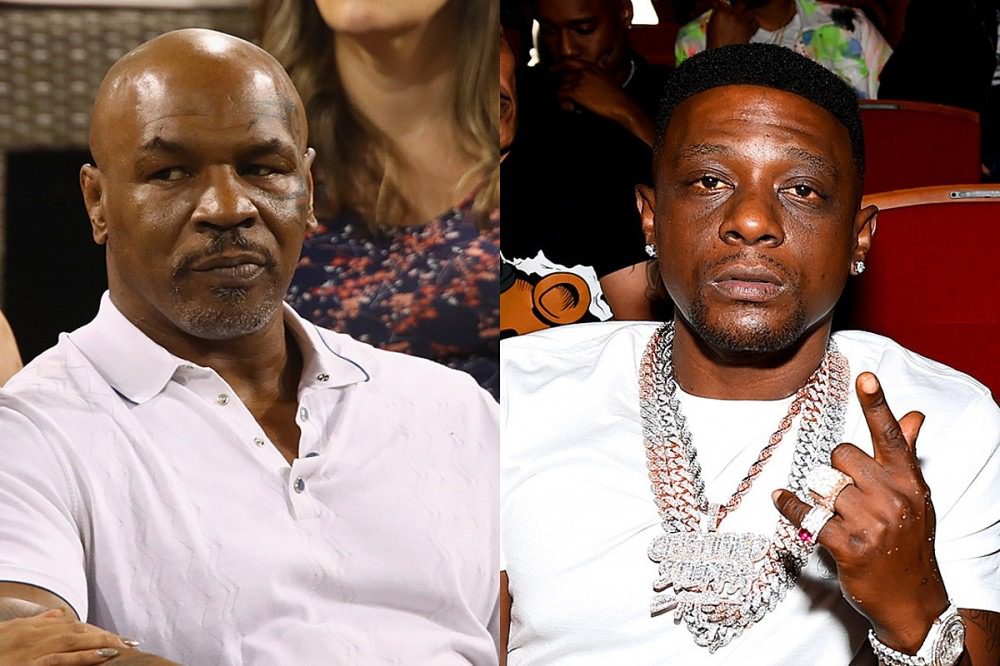 Mike Tyson has pressed Boosie BadAzz about the comments he made regarding Dwyane Wade's transgender daughter, Zaya Wade, back in February.

During an appearance on the former boxer's podcast, Hotboxin‘ with Mike Tyson, Tyson questions if Boosie is homosexual while trying to get to the root of why Boosie shared unsolicited thoughts about Zaya coming out as a transgender girl.

Boosie replies to Tyson, saying that he's "straight as an arrow." The champion athlete then clarifies his question. Tyson, who appears to be puzzled by Boosie's prior actions, inquires why the rapper offends homosexuals if he is heterosexual.

"If you're straight then why do you offend people?," Tyson asks Boosie.

Boosie BadAzz went on to explain why he shared his thoughts on Zaya Wade."I really commented on the Dwyane Wade situation because I got offended ‘cause it's a child," he began. "That's why I really got offended. That's what I really said…If it was a muthafuckin 19-year-old, 18-year-old, grown person, I probably wouldn't…I know I wouldn't of said nothing."

Boosie double downs on his initial comments about Zaya being too young to be able to identify herself as transgender. "I just felt like, that's a child," he says. "I felt like a child ain't, at 12, can't make that decision. I felt like…that's just how I felt. And certain things I talk about…I just felt like that was going too far." The rapper adds, "You calling him a her. That's just going too far at 12 years old."

Mike Tyson agreed with Boosie's sentiment, but adds that he has no place to offer his opinion on the matter.

"Who the fuck am I to say anything?," he asks Boosie. "What I think don't mean a muthafuckin thing."

Despite Boosie acknowledging earlier in the conversation that sometimes he needs to "shut the fuck up," towards the end of the discussion about Zaya, Boosie adds that he stands by his initial statement.

Earlier this year, Boosie BadAzz went on a transphobic rant on social media about Dwyane Wade showing support for his 12-year-old child Zaya, whose assigned sex is a male, identifying as a girl.

"I gotta say something about this shit, bro. Dwyane Wade, you gone too fucking far, dawg," Boosie said in an Instagram video at the time. "That is a male. A 12-year-old. At 12, they don’t even know what they next meal is gonna be. They don’t have shit figured out yet. He might meet a woman, anything, at 16 and fall in love with her. But his dick be gone—how he gon'—like, bruh, you going too far, dawg."

Wade hasn't spoken on Zaya undergoing gender reassignment surgery as Boosie suggested in his IG video. The NBA champion has only requested that his daughter is addressed using she/her pronouns. Wade made these statements during an appearance on Good Morning America.

Check out the conversation between Mike Tyson and Boosie BadAzz below. The portion about Zaya Wade starts around the 5:40-mark.