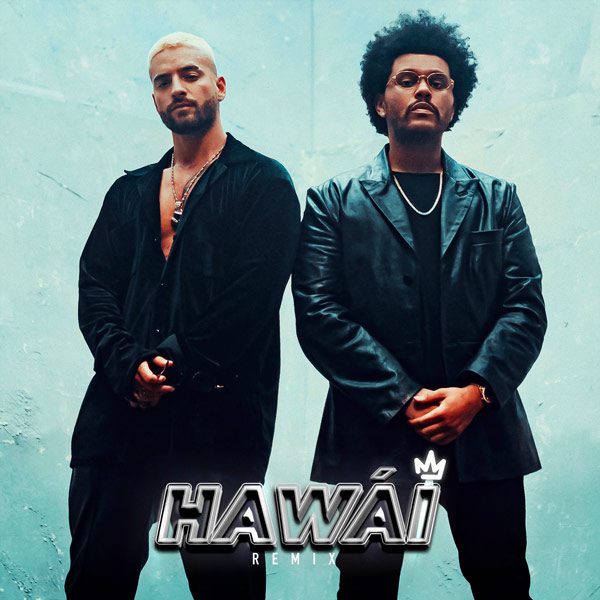 The Weeknd heads to “Hawái.”

Fresh off his collaborations with Ariana Grande and Oneohtrix Point Never, the XO crooner unites with Latin superstar Maluma on the bilingual remix to his global hit. Abel aka El Fin De Semana shows off his suave Spanish flow—for the very first time—on the wavy track, produced by Rude Boyz.

Along with the song, they have debuted a video, directed by Jessy Terrero, which was shot in Los Angeles and brings their modern breakup anthem to life.

Speaking with Apple Music, Maluma praised his Canadian collaborator. “Bro, he killed it, because he’s a real artist. He’s a real artist, man, what he did in this song. For him, it was like he was doing reggaeton for his whole life. And I knew that his voice in the song could work amazing. And that’s what happened,” he said. “I couldn’t believe how good it was mixing his vocals with my vocals. And man, yeah, I’m blessed. I’m very happy. This is a huge moment for the Latin culture.”

The Weeknd, who is nominated for eight American Music Awards, is now readying a new project for release once quarantine is over.