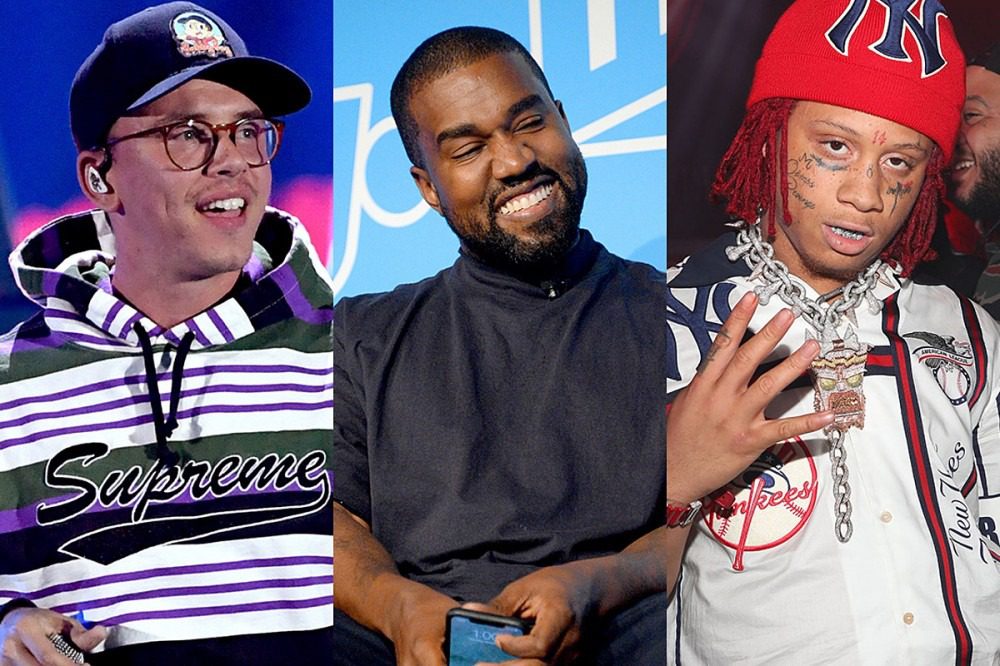 Kanye West's recent rant, in which he rapidly fired off over 100 pages of his recording contract with Universal Music Group, has received support from a few of his peers.

After vocalizing earlier this week that his label will not let him purchase his masters, Yeezy held up his end of the bargain on Wednesday (Sept. 16) by sharing the endless pages of documents pertaining to his record deal. Shortly after, Logic, Trippie Redd and Griselda's Westside Gunn backed up the Chicago rapper. Before that, producer Hit-Boy spoke in ‘Ye's defense as well.

Yesterday, after capping off the tweets, Kanye wrote on Twitter, "90% of the record contracts on the planet are still on a royalty A standard record deal is a trap to NEVER have you recoup, and there’s all these hidden costs like the “distribution fees” many labels put in their contracts to make even more money off our work without even trying."

Logic concurred in a retweet. "I feel you, Def Jam ain’t tryin a pay @LilTunechi his fee so I guess the perfect remix aint coming out…. owe a few of my folks they money honestly," the recently retired rapper responded. Logic's track "Perfect" appears on his latest and final effort, No Pressure.

Trippie shared his thoughts via his Instagram Story. "Aye man, I'm with Kanye," he said in the short clip. "Tell Kanye hit me up, man. I'm with all that. All that shit he talking right now, hit me up. Hit my line, Jack. Fa sho."

Meanwhile, Westside Gunn tweeted that he reached out to ‘Ye regarding the thoughts he had been sharing via social media. Gunn commended Kanye's bravery. "Just got off the phone with bro @kanyewest there really stopping his Tweets SMH this shit has to STOP!!!!!!! only GOD can give u that kindve of strength to speak and they don’t like that shit Man gesturing not ok," he wrote.

After Kanye tweeted on Monday night (Sept. 14) that he wants to see artists' contracts who are signed to Universal Music Group and Sony Entertainment, and also likened music record labels and the NBA to slave ships, producer Hit-Boy agreed with Yeezy in an IG post. The beatmaker said that although he and Kanye don't see eye to eye, UMG "has held me in what the last 3 lawyers Ive hired have referred to as the 'worst publishing contact they’ve ever seen' since I was 19 years old. Im 33 now and have multiple Grammys, produced a lot of your favorite artists biggest songs on top of turning in over 450+ records since I first signed and @umpg still doesnt have it in them to simply be fair. If they’re doing this to me with all I’ve accomplished through hard work I can only imagine the kids who don’t have big placements/ proper guidance. If I have to be the one to get blackballed for telling the truth and trying to set the next generation free then so be it."

Kanye's Twitter tirade landed him with a temporarily suspended account. However, his sentiment regarding his record contract seems to resonate with other artists in the game.