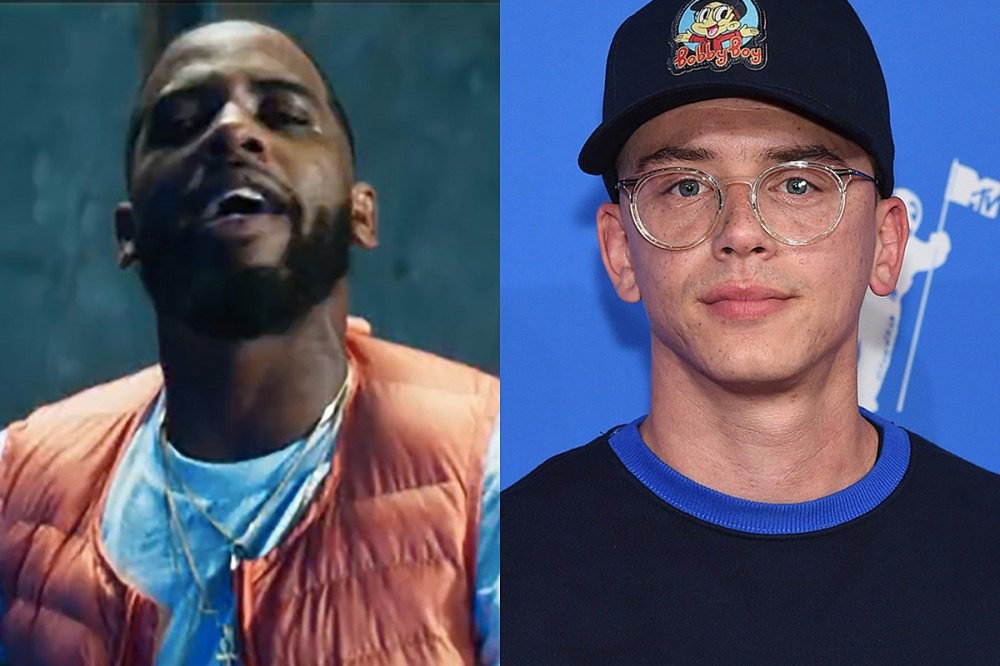 Sometimes, rappers wage war against one another on diss records. Other times, they turn the other cheek. Logic seems to have taken a page out of that playbook following TDE's Reason taking a few shots at him on his new song.

During recent interactive livestream, which began circulating the internet on Wednesday (Sept. 23), Logic appears to be responding to a fan who inquired about the jab the Top Dawg Entertainment rhymer took at him on his newly released record, "The Soul (Pt. 2)." "Did Reason diss you on his new song?," the former 2013 XXL Freshman says before responding, "I don't know who that is."

The bars in question are on the song's second verse. "Niggas pronounce my name wrong, tell me that I ain't did much/See y'all mistake my name for Logic's, y'all got me fucked up/ How you compare a nigga that take from the culture/Versus a nigga that's for it? This shit gettin' borin'," Reason raps on the track, which dropped on Monday (Sept. 21).

In a since-deleted tweet, the Carson, Calif. native addressed the diss, revealing that he penned the lyrics a year ago. Long before Logic announced his retirement back in July. "I’ll talk about the logic thing if necessary later," he said. "But I do wanna make clear I didn’t wait til he retired to take a shot. I wrote this shit a year ago. That’s corny to do that now after he’s announced retirement. Take care, enjoy the music!."

Reason hasn't responded to Logic's reaction to his new song just yet. However, hear the track for yourself below.