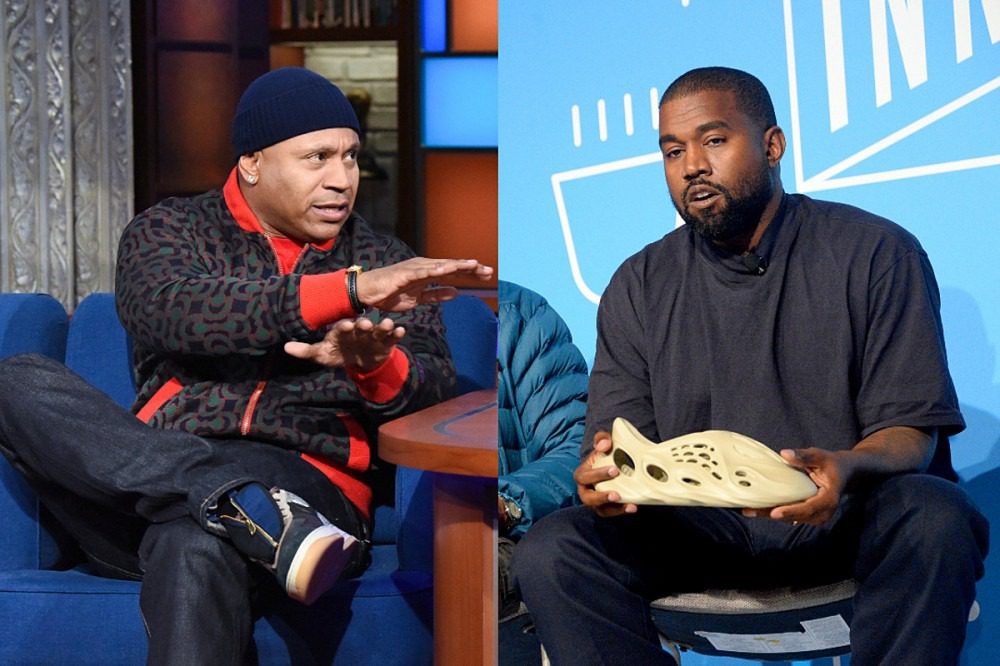 Uncle L was recently a guest on Showtime's Desus & Mero, on an episode that aired on Thursday (Oct. 1). As a two-time Grammy Award winner and five-time Grammy Awards host, the legendary MC admitted seeing Kanye give the golden gramophone a golden shower irked him.

"With all due respect, I think Kanye should, you know, maybe he should just piss in a Yeezy or something instead of pissing on a Grammy," LL said around the 15:40 mark. "Piss in a pair of them Yeezys, B. I felt some kind of way about that shit. I didn't love that shit, because I've hosted the Grammys for five years."

He continued, "I don't understand this constant disrespect. Look, now don't get me wrong, there have been some foul things that have happened to some artists around the Grammys; they are not without flaw."

However, LL still believes Kanye's antic was too far. "Piss in one of them space shoes, B," he said. "Piss on them fucking space shoes of something. Crazy, man. Get out of here with that shit. Come on, man. Fuck is he doing, B?.”

Kanye made headlines a couple weeks back when he posted a video of himself urinating on one of his Grammy Awards during a Twitter rant about the music industry. "Trust me … I WONT STOP," Kanye captioned the video posted to Twitter. Kanye owns 21 Grammy awards.