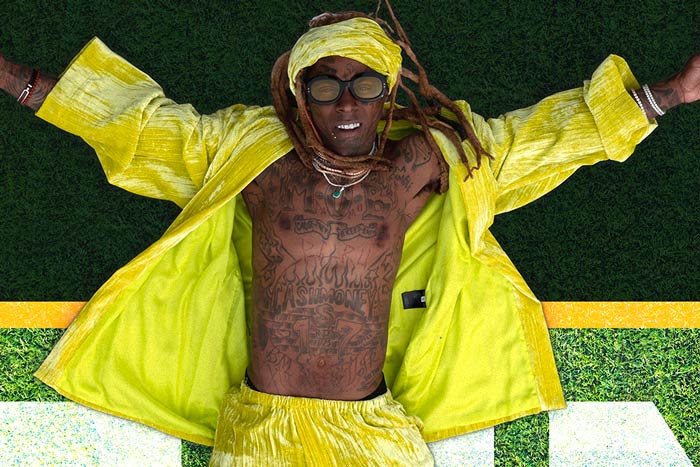 Produced by Boi-1da and !llmind, the endzone anthem serves as the soundtrack for Thursday Night Football on Amazon Prime Video, which kicks off Thursday between the Tampa Bay Buccaneers and Chicago Bears.

“Ballin’ like we at the Super Bowl / Scorin’ touchdowns and just spike shit,” raps Weezy. “You know the other team, they don’t like shit / Tell ’em kick it off, heads or tails / Party ’cause we win it every year.”

Weezy has also curated his own playlist for Amazon Music titled “Handpicked with Lil Wayne: Songs for Game Day,” featuring 28 songs including his own music, plus contributions from Roddy Rich, 2 Chainz, Lil Baby, and others.

“NFL” follows the release of Tha Carter V (Deluxe) edition, which includes 10 new tracks with appearances from Raekwon and 2 Chainz. Wayne is now working on No Ceilings 3 as well as Tha Carter VI.