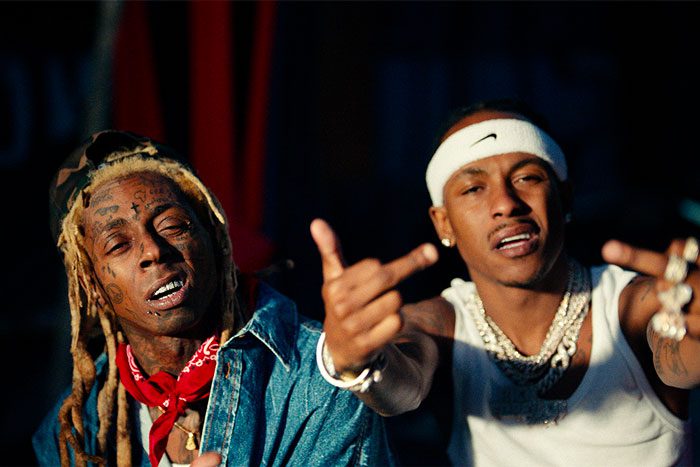 After much anticipation, Trust Fund Babies arrives today. The 10-track set includes a collaboration with YG (“Buzzin”), plus the single “Feelin’ Like Tunechi,” for which they also released a video.

Rich the Kid first teased the project back in April 2018 and once he and Weezy got in the studio, it took about a month-and-a-half to record. Throughout the years, the two have skated together and collaborated on tracks including the remix to “Talk to Me” and last year’s “Body Bag.”

“For me, it’s the chemistry, it’s the camaraderie because first of all, Rich like my little bro and me and Rich been rockin’ for a minute,” Wayne told fans during a livestream, while Rich added, “The vibe we had in the studio was so natural.”

Wayne, who celebrated his 39th birthday this week, has even more music on the way. He is readying I Am Not A Human Being III and ColleGrove 2 with 2 Chainz.