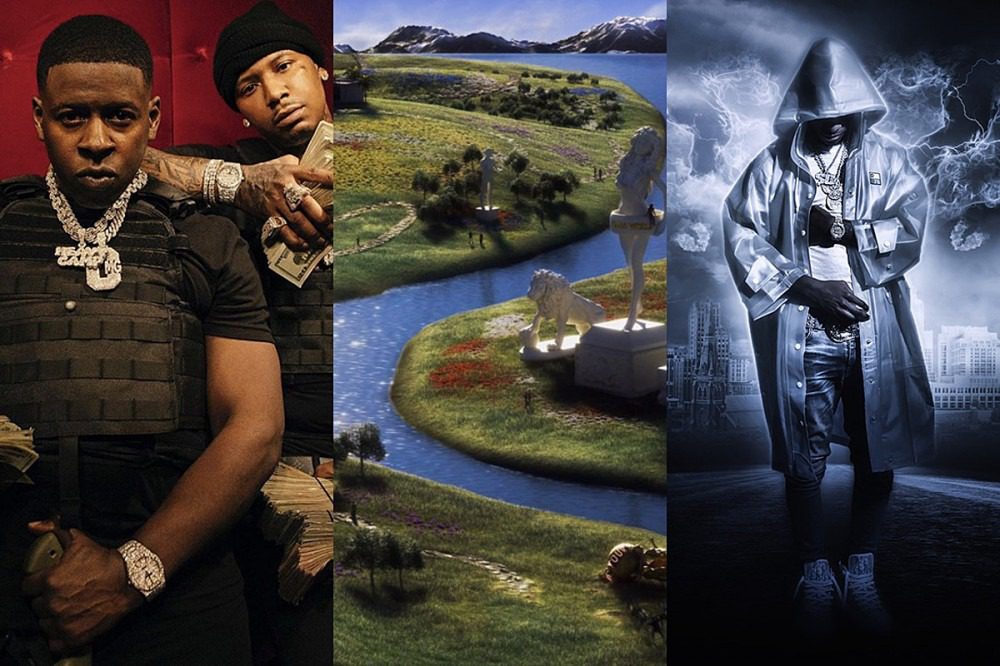 Just like that, fall is days away, the temperature is dropping and although the majority of the country is still quarantining, rappers are making their way to the studio to deliver the music that their fans want to hear. Below, you'll see the latest mixtapes, projects, EPs and albums dropping today.

Two Memphis-bred rappers have teamed up for one joint mixtape and its called Code Red. Moneybagg Yo and Blac Youngsta, both of whom are signed to Yo Gotti's Collective Music Group (CMG) label, are conjoining their distinctly Southern sounds on the 13-song project. The tape, which has guest appearances from Gotti, 42 Dugg and more, also contains the remix to Bagg's "Said Sum" with City Girls and DaBaby. While this is Moneybagg and Youngsta's first project together, they've collabed on a few tracks in the past such as "1 2 3" on Time Served and "Blac Money," which appears on 43va Heartless.

Newcomer, Toosii, releases his mixtape Poetic Pain. The full-length offering contains 17 joints with help from Summer Walker on one record called "Love Cycle" and Lil Durk's bars on "Nightmares." Although the North Carolina artist hasn't been on the scene very long, his songs and streaming numbers tell the real story. "Red Lights," which is easily one his biggest songs yet, has received over 11 million YouTube views. His debut album Platinum Heart dropped earlier this year.

In addition to Lil Tecca, Moneybagg Yo, Blac Youngsta and Toosii, keep scrolling to see other new music from Curren$y with Harry Fraud, Kamaiyah and Capolow, and more.