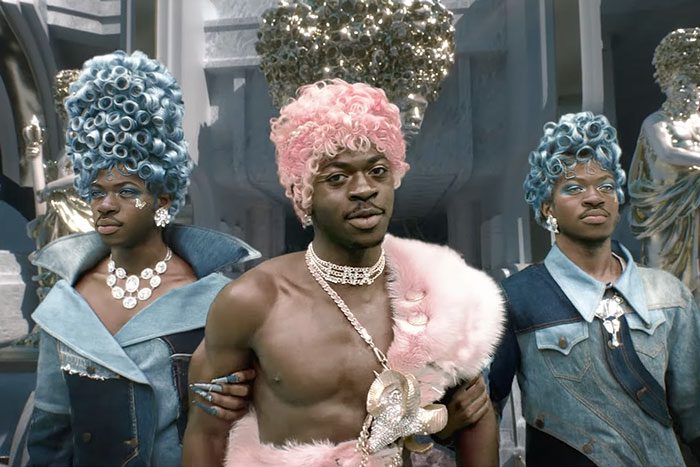 After eight months of anticipation, Lil Nas X finally drops his long-awaited single “Montero (Call Me By Your Name).”

On his first release since November’s “Holiday,” produced by Take a DayTrip, Omer Fedi, and Roy Enzo, the Grammy-winning rapper shows a vulnerable side while embracing his sexuality. Meanwhile, the title is an homage to the 2017 coming-of-age film starring Timothée Chalamet and Armie Hammer.

“Cocaine and drinkin’ with your friends / You live in the dark, boy, I cannot pretend / I’m not phased, only here to sin / If Eve ain’t in your garden, you know that you can,” raps Lil Nas. “Call me when you want, call me when you need / Call me in the morning, I’ll be on the way.”

Rihanna has already given “Montero” her stamp of approval, describing it as “banging” during a livestream last summer.

Along with the song, Nas debuted an epic video, which features biblical references and nods to Greek mythology. “bro i wrote this song myself, co-directed the video, and had to step way out of my comfort zone for this moment to take place tonight! i hope you guys love it! FUCKK I CANT WAIT!!!” he told fans.

Earlier this year, Lil Nas revealed that his real name, Montero, was inspired by his mother’s favorite car, a Mitsubishi Montero.

“It’s slightly embarrassing, but I’m not embarrassed,” he told Jimmy Fallon. “My mom wanted the car, the Montero, and she never got one… So yeah, I’m named after a car.”

Nas is now readying his full-length debut album, the follow-up to his 2019 EP 7, which is due this summer. “It’s probably going to be about 15 to 18 [tracks],” he told Apple Music. “And the deluxe. We’re going to drop a deluxe in the fall too. At least that’s the plan right now.”