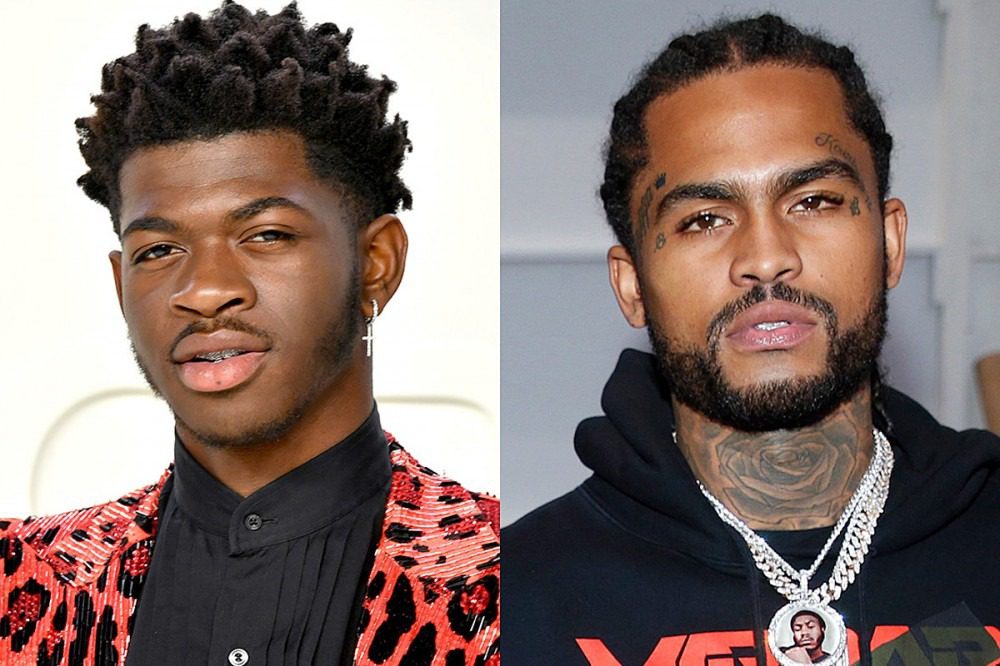 Lil Nas X has called out Dave East after the Harlem rapper made disparaging comments about him being dressed as Nicki Minaj for Halloween.

On Sunday (Nov. 1), Nas X responded to East using a homophobic slur in Jamaican patois when referring to him after the rapper shared a screenshot of a blog post of Nas dressed identically as Nicki from the music video for her 2011 record "Super Bass."

"It’s 'batty man' niggas can’t even be homophobic the proper way smh butchering the hell out of the patois," the "Old Town Road" artist said. His tweet was in response to a Twitter user named Animalfriesplz questioning two posts Dave East shared on his Instagram story over the weekend.

"Your obsession you have with the lgbtq community is getting weird. Do you have anything to share with the class? @DaveEast," the person wrote to Dave East via Twitter, including screenshots of his Instagram Story, which contained the homophobic comment the rapper made online.

The Mass Appeal Records rhymer wrote underneath the side-by-side image of Lil Nas X and Nicki Minaj, "AND Y'ALL WAS MAD AT ME ABOUT THIS NIGGA," adding an emoji of a man palming his face. In a follow-up IG post, East said, "BATI MON BUN UP!!!!."

The term Dave East used is an offensive Jamaican slang term for a gay male.

It's unclear if Lil Nas X actually dressed up as Nicki Minaj for Halloween or if the images he posted on his IG were photoshopped. However, he responded to criticism he received from 50 Cent as well.

Oop! #LilNasX had a message after #50Cent reacted to his costume 👀

Lil Nas X is a dedicated Nicki Minaj fan and revealed himself as such back in May when he tweeted, "life is too short to pretend you’re not a barb." His tweet came after news surfaced that he was behind a secret Nicki stan social media account.