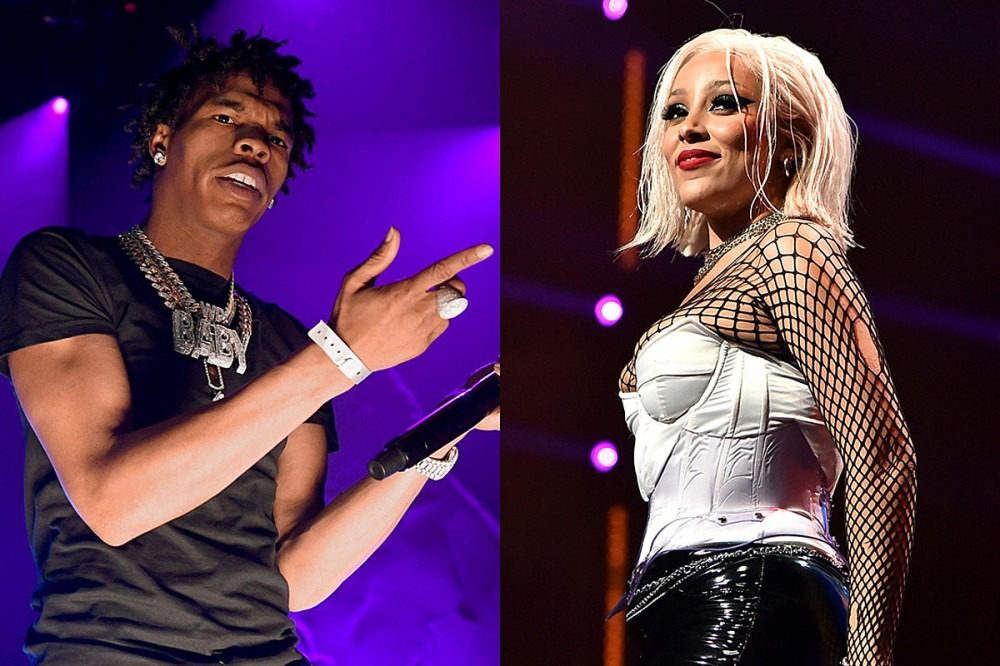 Social media users are fired up about last night's American Music Awards, in which Doja Cat bested Lil Baby for the New Artist of the Year award.

On Sunday (Nov. 22), the American Music Awards hosted their annual ceremony to commemorate this year in music. However, while most of this year's winners were congratulated, Lil Baby fans went on Twitter to express their disappointment after the rapper lost New Artist of the Year to Doja Cat.

The Atlanta-bred rhymer earned 13 platinum and 16 gold RIAA certified singles this year while Doja earned three platinum singles and one gold record. Individually, both rappers spent countless times on the Billboard Hot 100 chart, but stats aside both had a phenomenal year.

One person tweeted, "Lil Baby definitely deserved that he went 2x platinum this year alone y'all crazy," wrote @darealtonee referencing Baby's albums Harder Than Ever and My Turn.

Doja and Baby were nominated alongside Lewis Capaldi, DaBaby, Roddy Ricch and Megan Thee Stallion for this category. The "Say So" singer also beat out Jhene Aiko and Summer Walker for Favorite Female Artist—Soul/R&B. This nomination sparked conversation as well because Doja is considered a rapper, but was categorized as an R&B artist.

Doja Cat delivered a speech at the in-person ceremony, thanking her fans and family for sticking by her on her journey.

A similar incident occurred earlier this year when fans hopped on social media to defend Baby's rep when Megan Thee Stallion beat him for the same award at BET's Hip-Hop Awards in October.

The 25-year-old rapper's My Turn LP was also nominated for Favorite Album Rap/Hip-Hop. That award went to Roddy Ricch's Please Excuse Me For Being Antisocial.

Check out the other fan tweets defending Lil Baby below.