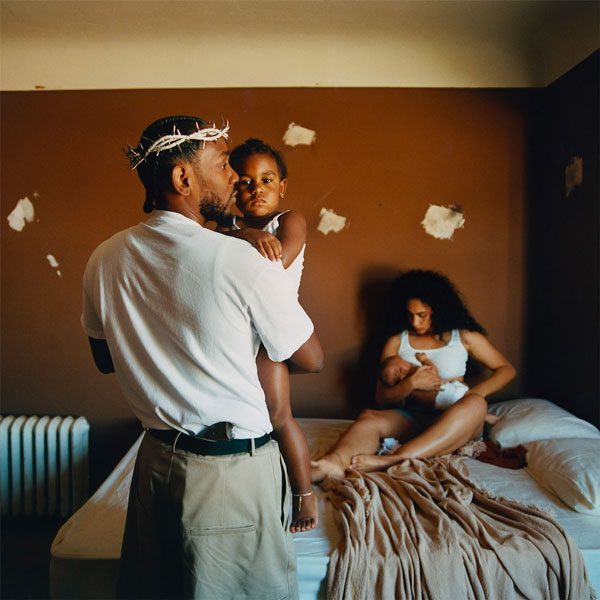 Let’s get this sh*t.

Kendrick Lamar makes his long-awaited return with the most anticipated hip-hop album of the year, Mr. Morale & The Big Steppers. Five years since he left off with DAMN., the Compton kingpin delivers his fifth and final release for Top Dawg Entertainment.

Ahead of the album’s release, he dropped “The Heart Part 5,” the fifth installment in his long-running series. The song arrived alongside a video in which he transformed into celebrities including Kanye West, Kobe Bryant, Will Smith, OJ Simpson, and the late Nipsey Hussle.

He also seemingly revealed that he has a second child when he debuted the album artwork featuring his 2-year-old daughter and his fiancée, Whitney Alford, who cradles an infant.

As he closes out this chapter of his career, the Pulitzer-winning MC shared a message with fans.

“As I produce my final TDE album, I feel joy to have been a part of such a cultural imprint after 17 years,” he wrote on his website oklama in August. “The Struggles. The Success. And most importantly, the Brotherhood. May the Most High continue to use Top Dawg as a vessel for candid creators. As I continue to pursue my life’s calling. There’s beauty in completion. And always faith in the unknown.”

King Kendrick is back. Stream Mr. Morale & The Big Steppers below.