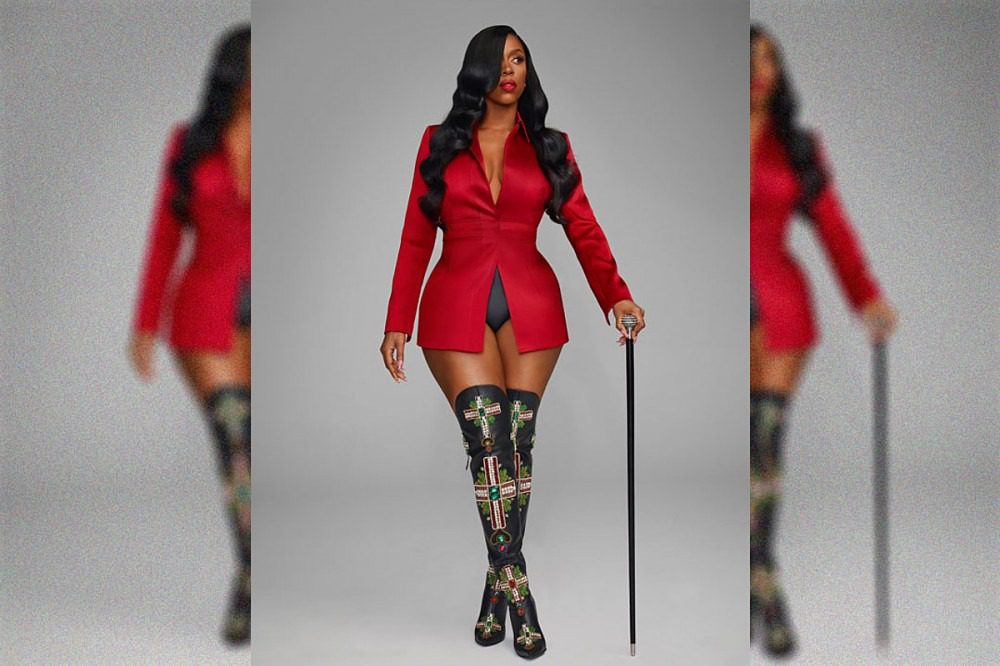 No Limit
Kash Doll is testing her limits in the acting world while keeping music close to her heart.
Interview: Aleia Woods
Editor’s Note: This story originally appeared in the Summer 2021 issue of XXL Magazine, on stands now.

There’s jack-of-all-trades, there’s jane-of-all-trades and then there’s Kash Doll, a talented rapper from Detroit who has been bit by the acting bug. Kash hasn’t released an album in two years, but the femme fatale wasn’t idle. Adding acting to her résumé, she was casted for one of 50 Cent’s upcoming TV shows, Black Mafia Family. It’s based on the true story of Detroit brothers Demetrius “Big Meech” and Terry “Southwest T” Flenory, who rose to prominence with their drug ring and loyalty. The Starz series airs this fall. Meanwhile, Kash Doll is back to her first love, music. Here, she talks about her role on BMF, new music and more.

XXL: Can you speak about finding out you were casted in Black Mafia Family?

Kash Doll: It was really exciting. Just to hear that I’d be a part of a story that’s coming from Detroit and I’m from Detroit. You know, always looking up to 50 Cent as far as what he did with music and then going into film. It was just like a dream come true. I was just ecstatic. Really grateful.

How did it feel being surrounded by such seasoned actors like Russell Hornsby, Steve Harris and Tasha Smith, who is the director?

I was just taking in what they were doing. I was learning. It was an experience to be around some vets and I’m a rookie, tryin’ to figure out what’s going on and seeing how they handle things and seeing how they’re doing their acting. Everybody has their own way of preparing for a scene or everybody has their own way of switching emotions. And just watching how they do it, I feel like I have people on set that I was learning from that’s making me better for the next time [if] I did another show. Or next time, I was behind the camera or something. So, it was cool and then it made me feel like I was a part of something really big. Not just, ‘Oh, it’s all rookies.’ It was like, we have real veterans in there.

Was it easy to go from rapper to actress?

The easiest part for me was a simple thing as far as just being able to sit still for a minute. With rap, you’re chasing… You’re always running behind something. Trying to chase something and it’s ongoing. But with acting, you’re sitting still, you’ve got time to eat right, you’ve got time to get your mind right, learn your lines, go on set, see the same people every day. The easiest thing for me to enjoy was being able to be stationed and stable compared to when I’m rapping.

Your last album, Stacked, came out in 2019. What do you feel that you’ve learned from that project that you’ll apply to whatever you might be working on right now?

What I learned now is just… not listening to everybody. Listening to me. Do things how I wanna do it. It’s my artistry. At first, I was so confused, I didn’t know what to do. I was coming out of [a] contract. I was listening to everybody and their input, what they thought I should do. And it’s like now, this time around, it’s all about me and this [is] what I wanna give the world. I’m the artist, so this is what I wanna talk about. This is what I wanna do, this [is] how I want it to sound. It’s an artistry. When you’re painting, you aren’t sitting there saying, ‘Where do you think I should put this red?’ You just go with your flow. That’s what I’ve learned.

You’ve been teasing some new music. What have you been working on?

Oh, I’m working on my music. It’s on. I got fire coming. That’s all you gotta say right there. Fire is coming.

Check out more from XXL’s Summer 2021 issue including our Freshman Class cover interviews with 42 Dugg, Iann Dior, Coi Leray, Pooh Shiesty, Flo Milli, Morray, Rubi Rose, Blxst, Toosii, Lakeyah and DDG, producer Nick Mira's thoughts on producing the beats for the Freshman Class, an in-depth conversation with Ski Mask The Slump God about his comeback this year, Moneybagg Yo's candid discussion about his new music, family and indie label, a look at what the 2020 XXL Freshman Class has been up to since last year, Doin' Lines with Jack Harlow, Lil Tecca speaking on what to expect from his upcoming We Love You Tecca 2 album, music video director Cole Bennett gives an inside look at his Lyrical Lemonade empire, Cordae talks about his upcoming album, 10 in-demand hip-hop jewelers' stories of creating rap stars' icy works of art, music executive Shawn "Tubby" Holiday's advice for artists, and more.