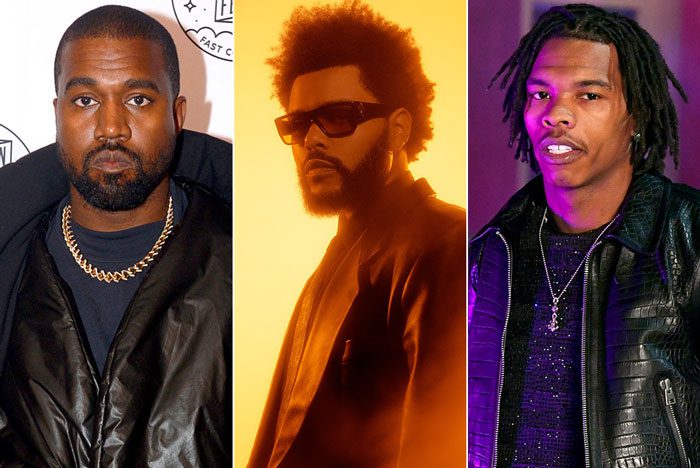 Kanye West’s DONDA has yet to be released, but he’s holding fans over with new music in the meantime.

The song “Hurricane” featuring The Weeknd and Lil Baby has started to appear on streaming services in international markets including Japan and Russia, while a U.S. release could be imminent. The 4-minute-long track is listed as track No. 2 in the 24-song DONDA tracklist that appears on the iTunes Store, which lists an Aug. 15 release date for the album.

"Hurricane" by @KanyeWest ft. @TheWeeknd & @LilBaby4PF now shows up as the second track on #DONDA on iTunes. pic.twitter.com/bl8lcgxt11

Kanye’s manager, Bu Thiam, also seemed to hint that “Hurricane” would drop before the album. “Still locked in,” he wrote in an Instagram Story that has since been deleted. “Never rush the process.”

Bu posted two stories on his Instagram, captioned “Still locked in” and “Hurricane”

Do you think we’re getting the album today? 🤔 pic.twitter.com/hQwcvFz0Sl

Additionally, Spotify’s RapCaviar account alluded to “Hurricane” on Twitter, tagging Kanye, The Weeknd, and Lil Baby alongside the clock and eyeball emojis.

“Hurricane” has been around for at least three years and has gone through several changes. According to HipHop-N-More, the song was originally titled “80 Degrees” and was first previewed back in 2018 when Kanye was working on his scrapped Yandhi album.