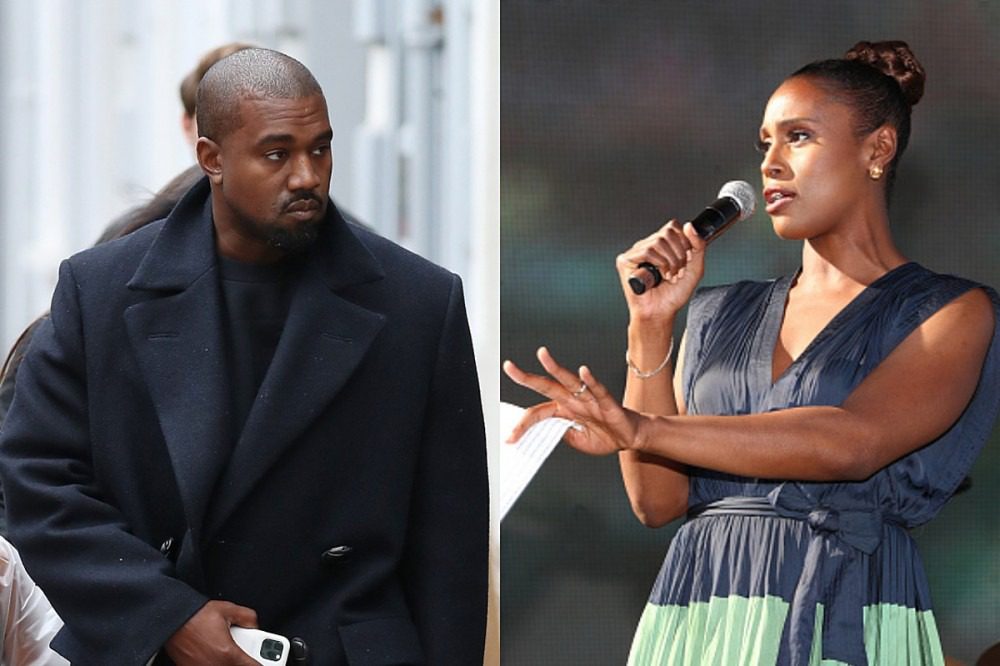 Issa Rae took a jab at Kanye West on her recent appearance on Saturday Night Live and the rap star is not letting it slide.

The Insecure actress was the special guest on the long-running sketch comedy show last night (Oct. 17). During one skit, titled "Your Voice Chicago," Rae plays the role of a lead counselwoman for the N.A.A.C.P. who is discussing the upcoming election on a talk show. The skit plays off Rae's famous "I'm rooting for everybody Black" quote, which she said on the red carpet at the Emmy Awards in 2017, and finds her character pulling for every Black political candidate no matter how bad their credentials or checkered past. When it came to the presidential race, however, Rae's character's only comment was, "Kanye? F him!.”

Kanye got wind of the skit and responded on Sunday morning (Oct. 18), via Twitter. "Ive always said SNL uses black people to hold other black people back," Kanye wrote. "My heart goes out to Issa Rae. I’m praying for her and her family. I know that the twenty years of service that I’ve paid in the entertainment field has furthered our ability to be more successful."

Kanye has caught a lot of heat for his political views and past alignment with President Trump's campaign. However, he continues to power forward with his own presidential campaign. While he did not make the ballot for a number of states, he did make the cut in several others. Confusingly, he is listed as a presidential candidate and vice presidential candidate on some ballots. Kanye is somehow confident he will be able to beat Democratic presidential candidate Joe Biden with write-in votes and has been urging his supporters to pencil his name in, in the states where he is not an option.