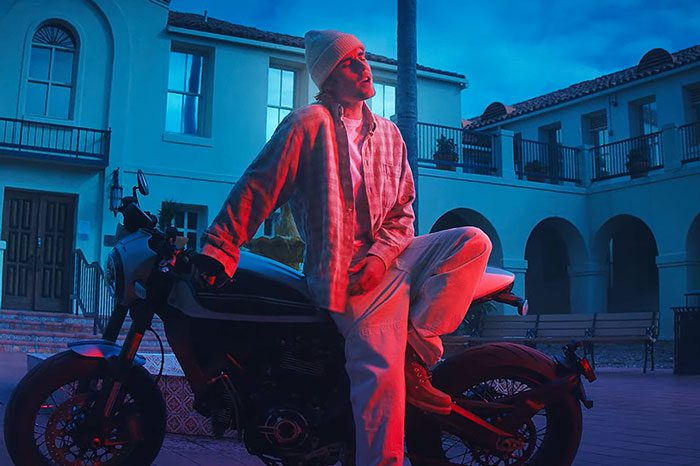 As he gears up for his new album, Justin Bieber drops his latest single “Hold On.”

On the powerful track, Bieber shares a hopeful message. “I need you to hold on / Heaven is a place not too far away / We all know I should be the one to say we all make mistakes,” he sings.

“I think this song is basically a hopeful record of holding on cause a lot of us wanna give up at times, we wanna let go and just give up,” explained Bieber. “The message is basically hold on, there’s a lot to look forward to. There’s a lot we can’t control but there’s hope.”

The song is accompanied by a cinematic and emotional video, directed by Colin Tilley. After finding out that his wife is terminally ill, Bieber tries to get the money to pay her medical bills. He resorts to robbing a bank with a toy gun before leading police on a wild motorcycle chase.

His sixth studio album Justice is due March 19.

“In a time when there’s so much wrong with this broken planet, we all crave healing–and justice–for humanity,” said Bieber. “In creating this album, my goal is to make music that will provide comfort; to make songs that people can relate to, and connect to, so they feel less alone. Suffering, injustice and pain can leave people feeling helpless.”

Justice, the follow-up to last year’s Changes, previously spawned a trio of singles including “Holy” with Chance the Rapper, “Lonely” featuring Benny Blanco, and “Anyone.”