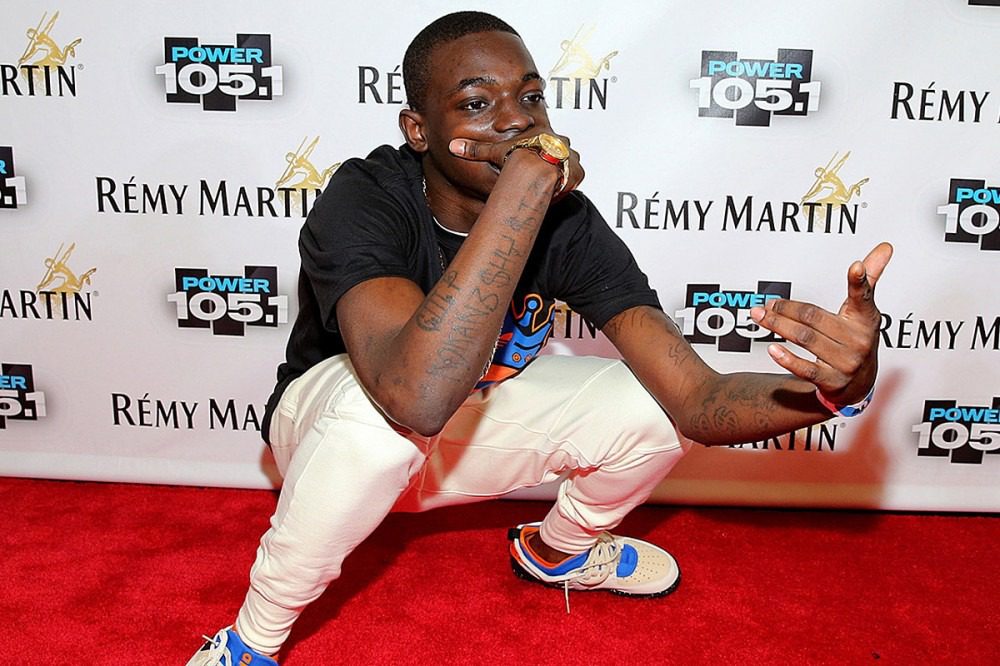 Bobby Shmurda has been denied parole.

According to a report from TMZ on Monday (Sept. 21), Bobby, born Ackquille Pollard, was denied parole following his interview with the New York State Board of Parole last week. The reason for the decision is unclear. However, the outlet claims that it is likely the Brooklyn rapper will remain behind bars until he finishes out his max sentence, which ends on Dec. 11, 2021. The "Hot Nigga" rhymer has been behind bars for six years. He is currently housed at upstate New York's Clinton Correctional Facility.

While in prison, Bobby has had a few behavioral issues, resulting in him racking up 11 violations that include drug possession, fighting and possessing a shank.

Back in September of 2016, Bobby Shmurda accepted a plea deal on charges of conspiracy to possess weapons and possession of a weapon. He was facing other charges including conspiracy to commit murder, which were tossed due to the deal.

Bobby was sentenced to six to seven years in prison in December of 2014.

Despite Bobby Shmurda spending more than half of the last decade in prison, he has some productive plans for once he is a free man. Bobby's mom told TMZ back in July that her son has intends to release new music, mentor at-risk youth and also release a biographical documentary. The purpose of the film is to serve as a learning tool for the youth to steer them away from troubled paths.

XXL has reached out to a rep for Bobby Shmurda, Clinton Correctional Facility and the Bronx District Attorney's Office for a comment on this matter.