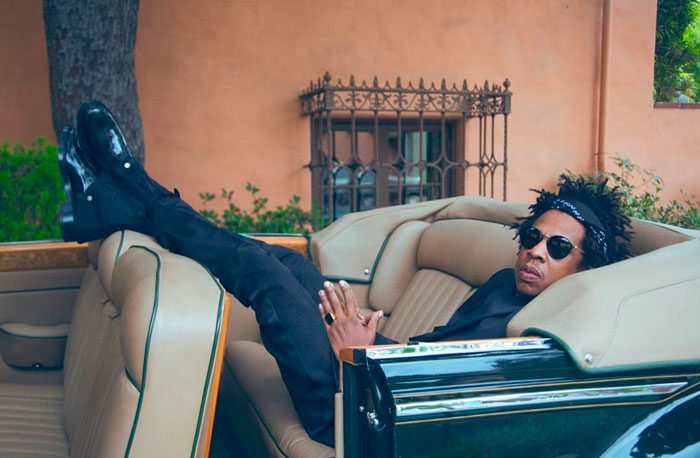 A trio of rare JAY-Z songs are available to stream for the first time ever.

Mr. Carter digs in the crates and reissues three old tracks exclusively on TIDAL. They include “Glory,” his 2012 dedication to daughter Blue Ivy, along with “From Marcy to Hollywood” and “What the Game Made Me,” two songs that date back over two decades.

“From Marcy to Hollywood” was originally released on the soundtrack to 1998’s The Players Club starring Ice Cube, Bernie Mac, and Jamie Foxx. The track, which features Memphis Bleek and Sauce Money, samples Billy Joel’s “Honesty.” JAY also linked up with Bleek and Sauce Money on “What the Game Made Me” from the soundtrack to 1998’s I Got the Hook-Up, which was No Limit Records’ first theatrical release.

“Glory” was released to SoundCloud following the birth of JAY and Beyoncé’s daughter Blue Ivy Carter in January 2012. “The most amazing feeling I feel, words can’t describe what I’m feeling for real / Baby, I paint the sky blue, my greatest creation was you,” JAY raps on Pharrell-assisted track, which also features cries from Blue. The song, which marks Blue’s first feature, debuted at No. 23 on the Billboard Rap Songs chart.

JAY-Z has made his music exclusive to TIDAL in the past. His 2017 album 4:44 was a TIDAL exclusive for a short window of time before it was made available on other streaming platforms. In April 2017, Hov pulled most of his albums from Spotify before returning his catalog to the streaming service in December 2019 in honor of his 50th birthday.