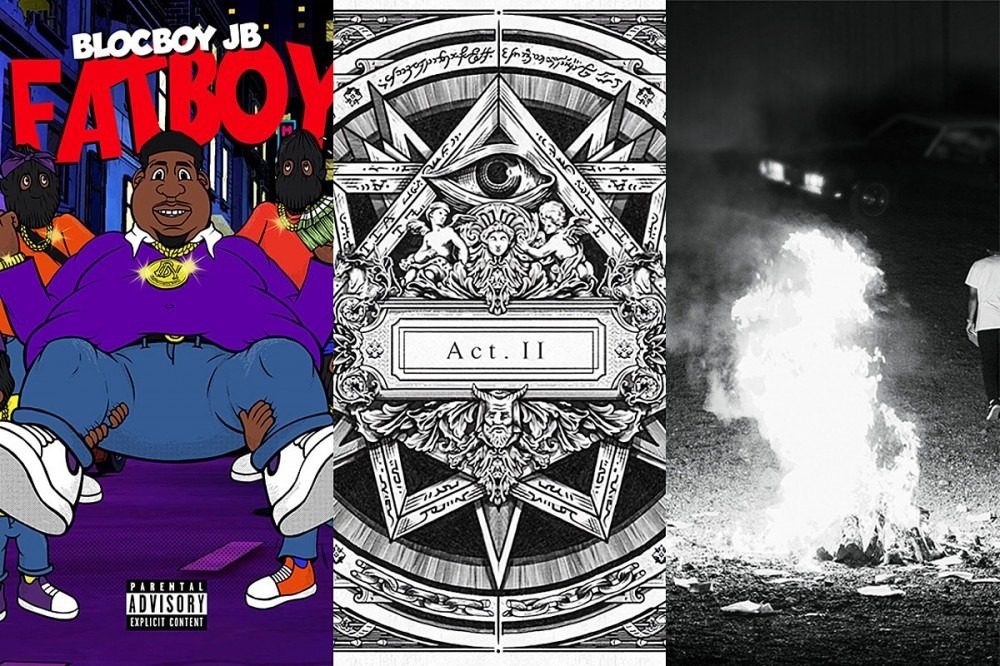 The seasons might be changing, but the caliber of new music releases aren't. This week, there are releases from a veteran MC and a Memphis rapper that we haven't heard from in a while as well as a debut album from a TDE artist.

Jay Electronica is back with the crazy production and impeccable introspection. The seasoned New Orleans rhymer is following up his 2007 debut mixtape Act I: Eternal Sunshine (The Pledge) with Act II: The Patents of Nobility (The Turn). The Tidal exclusive arrived on Monday (Oct. 5) after leaking the day prior. Nonetheless, the LP also comes about seven months after Jay Elec's first studio album, A Written Testimony, which featured a number of songs with Jay-Z. The 16-track offering features appearances from Hov, The-Dream, Serge Gainsbourg, Charlotte Gainsbourg, The Bullitts and LaTonya Givens. Fans have been waiting over a decade for this album to be released after being teased 13 years ago, but the time has finally come.

After delivering a healthy amount of mixtapes, most recently dropping Simi in 2018, BlocBoy JB's FatBoy album has arrived. The 24-year-old rapper, who made waves with "Shoot" and the Drake-assisted "Look Alive," makes his major record label debut with help from fellow Tennesseans Yo Gotti and 2020 XXL Freshman NLE Choppa. The LP, which contains 17 songs, also has special appearances from Trippie Redd, G Herbo and production from chart-topping producer Tay Keith. The former 2018 XXL Freshman puts on for the South on his latest effort.

About 2,000 miles west of Memphis, Reason offers his debut album New Beginnings. The Top Dawg Entertainment artist has dropped off four mixtapes up to this point: In the Meantime (2015), The Free Album (2016), The Proof (2016) and There You Have It, which was released in 2017 and re-released in 2018. Making a name for himself with his conscious and thought-provoking lyricism, the Carson, Calif. rhymer is dishing out 14 new joints with features from label mates ScHoolboy Q, Ab-Soul and Isaiah Rashad, in addition to Dreamville's J.I.D, Rapsody and more.

The music can't and won't stop. Take a look below to see more new heat from Capolow, Lil Loaded and a host of others.