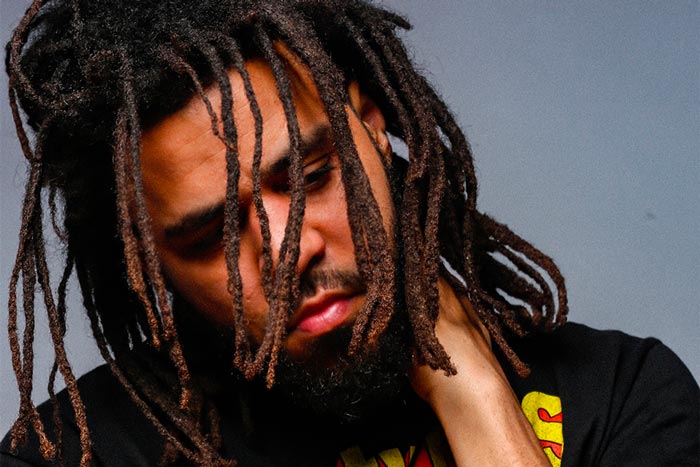 As the country continues to reckon with systematic racism and police brutality, the North Carolina rapper returns with his surprise song “Snow On Tha Bluff.” The powerful four-minute track is a stream of consciousness from Cole, who addresses a “young lady out there she way smarter than me.” He scrolls through her timeline and sees her tweeting about protesters, police, and celebrities like himself.

“She mad at the celebrities, low key I be thinkin’ she talking about me,” he raps. “Now I ain’t no dummy to think I’m above criticism so when I see something that’s valid I listen / But shit, it’s something about the queen tone that’s bothering me.”

But despite her knowledge, he says that’s not an excuse to “talk like you better than me.”

“How you gon’ lead, when you attacking the very same ni**as that really do need the shit that you saying?” he asks. “Instead of conveying you holier, come help get us up to speed … Fuck is the point of you preaching your message to those that already believe what you believe?”

He asks that she use her platform to go beyond social media and educate others. “I’m on some ‘fuck a retweet,’ most people is sheep / You got all the answers but how you gon’ reach? / If I could make one more suggestion respectfully I would say it’s more effective to treat people like children, understanding the time and love and patience that’s needed to grow.”

There is speculation that the song was inspired by rapper Noname, who recently called out her peers for staying silent. “Poor black folks all over the country are putting their bodies on the line in protest for our collective safety and y’all favorite top selling rappers not even willing to put a tweet up,” she wrote in the since-deleted tweet. “ni**as whole discographies be about black plight and they no where to be found.”

She tweeted sumn and then deleted it pic.twitter.com/JgcBc8t0Ki

my first thought when listening was noname, i think they are directed towards her, but def not a diss, hopefully it encourages more people to listen to her and her music, shes smart af

Cole is just flat out wrong here, Noname radicalized herself pretty recently because she listened and learned, extended that by using her platform to encourage others to read and educate themselves, she isn’t just preaching/yelling on Twitter like he’s insinuating here smh

Cole realizes that he too is part of the problem. He ponders what he can do to help, while reflecting on a recent encounter with a man outside a store. “He was like, ‘Cole, ‘preciate what you been doin’ my ni**a, that’s real’ / But damn, why I feel faker than snow on the bluff? / Well maybe deep down I know I ain’t doing enough.”

This is the first time Cole has spoken out since the protests against police brutality and racial inequality. Last month, he attended a protest following the death of George Floyd in his hometown of Fayetteville.