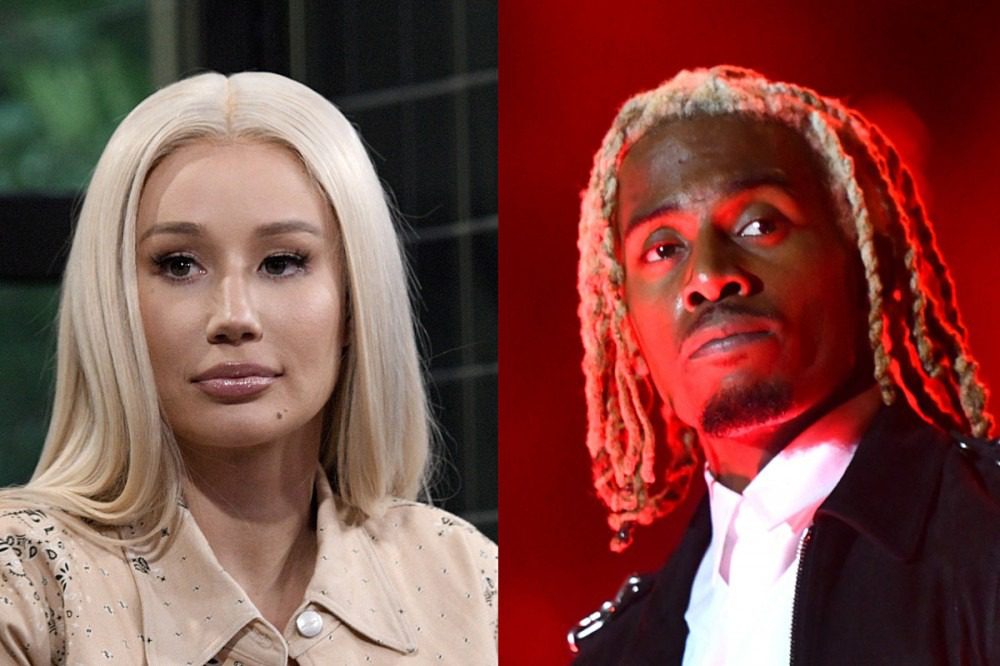 It looks like Iggy Azalea and Playboi Carti's relationship may be over.

On Friday night (Oct. 23), the Aussie rapper sent out some cryptic messages on her Instagram Story the would imply she and Carti have split. “You Lost a Real 1,” she first posted. In a follow-up post she added, "People take loyalty for granted [and] that's why I'd rather be alone." She followed that up with three vomiting emojis.

It didn't take long for fans to speculate that Carti was the cause of Iggy's strife. "Carti and Iggy broke TF up???" someone inquired on Twitter.

"Hey @IGGYAZALEA, carti did it again huh. dw he letting everybody down rn," another person tweeted.

Iggy and Carti have been dating since 2018 and have faced relationship drama before. In 2019, Carti had to shoot down rumors that the couple had called it quits. Another dust-up occurred when she told the world she was single during her pregnancy.

Back in May, Iggy gave birth to the couple's first child together. "I have a son," Iggy announced on Instagram at the time. "I kept waiting for the right time to say something but it feels like the more time passes the more I realize I’m always going to feel anxious to share news that giant with the world. I want to keep his life private but wanted to make it clear his is not a secret and I love him beyond words."

Things seemed all good just a month ago, when Iggy was providing fans with minor updates on Carti's Whole Lotta Red album. Is this the end?

Check out fans speculating about Iggy's posts below.