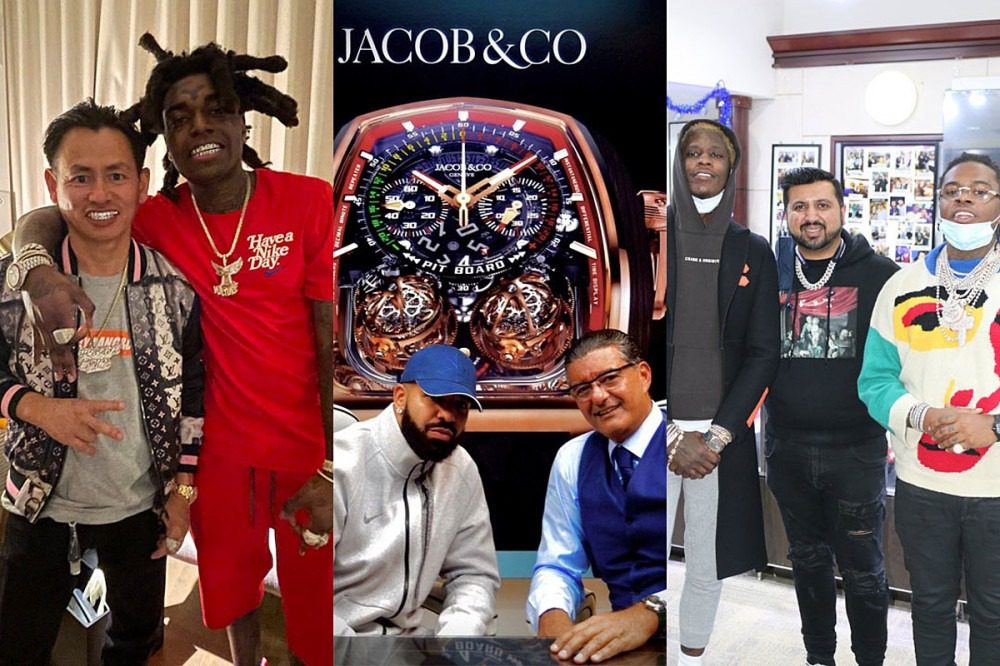 All The Shine
Hip-hop's most in-demand jewelers tell the stories behind working with rap stars to create icy works of art that are completely unmatched.
Words: William Ketchum
Editor’s Note: This story originally appeared in the Summer 2021 issue of XXL Magazine, on stands now.

Jewelry in hip-hop may not be as important as beats, rhymes and graffiti, but it can be just as powerful as a tool of self-expression. Whether it’s the huge gold ropes that Run-DMC wore in the 1980s, Ghostface Killah’s golden eagle bracelet from the 1990s or Gucci Mane’s Bart Simpson pendant in the 2000s, bling has always been a status symbol in hip-hop. Even before Cash Money Records popularized the term. Iced-out jewelry allows rappers to boast of their success, show off their personality, rep their crew or celebrate a monumental occasion. They also use their necklaces, bracelets, rings, grills and earrings to stunt on each other, add another forum for friendly competition or even show love to a comrade by getting a custom piece made as a gift.

For fans, seeing rappers’ jewelry brings back fond memories of the moments and personalities in hip-hop that make the genre special. Slick Rick’s extensive pile of gold ropes prompts nostalgia for hip-hop’s golden era. The esteemed Roc-A-Fella Records chain is still a point of pride for younger acts who are able to get their hands on one, even if the label disintegrated years ago. 50 Cent’s spinning G-Unit medallion flashes back to one of rap’s most dominant runs ever. Cam’ron’s battery-powered globe is as obsequious as his rap style, and Travis Scott’s Astroworld pendant matches the whimsical, expansive nature of his music.

Behind each memorable work of art is a jeweler willing to push the bounds of creativity, stone-setting and technology—all to make the world stop when their client walks into a room or posts on Instagram. XXL spoke to 10 of the most in-demand jewelers in the industry from companies including Jacob & Co., Johnny Dang & Co., Icebox, Jason of Beverly Hills, Pristine Jewelers, Avianne & Co. Jewelers, Jewelry Unlimited, Kilani Jewellery, Greg Yüna, and Johnny’s Custom Jewelry to get stories behind their hip-hop masterpieces.—William Ketchum

See 10 of Hip-Hop’s Most In-Demand Jewelers

Check out more from XXL’s Summer 2021 issue including our Freshman Class cover interviews with 42 Dugg, Iann Dior, Coi Leray, Pooh Shiesty, Flo Milli, Morray, Rubi Rose, Blxst, Toosii, Lakeyah and DDG, producer Nick Mira's thoughts on producing the beats for the Freshman Class, an in-depth conversation with Ski Mask The Slump God about his comeback this year, Moneybagg Yo's candid discussion about his new music, family and indie label, a look at what the 2020 XXL Freshman Class has been up to since last year, Doin' Lines with Jack Harlow, Lil Tecca speaking on what to expect from his upcoming We Love You Tecca 2 album, music video director Cole Bennett gives an inside look at his Lyrical Lemonade empire, and more.