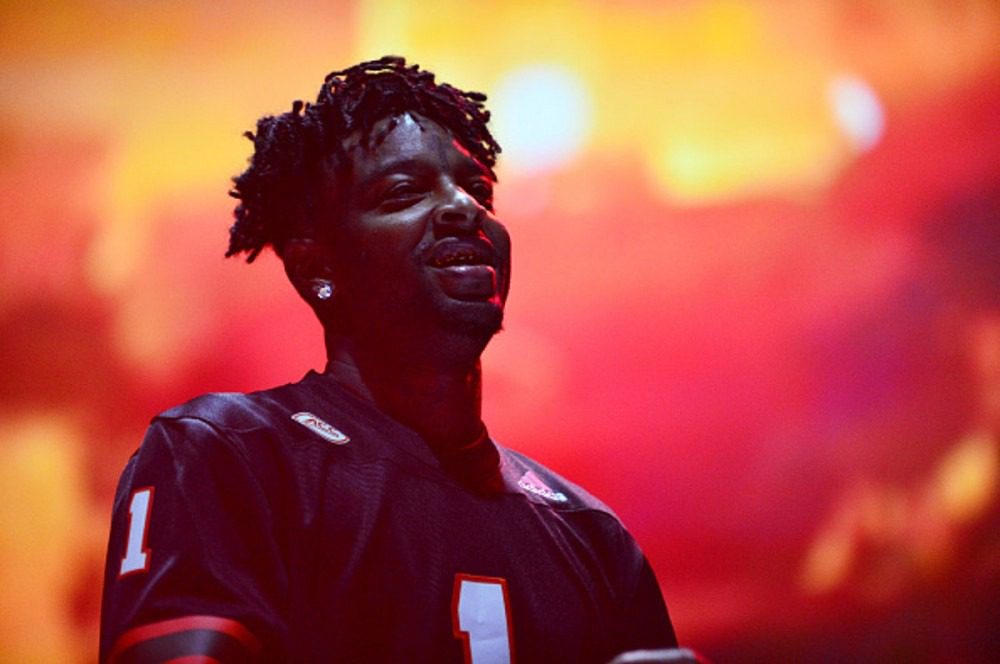 He started taking rap seriously after he and his friend were shot on his 21st birthday in 2013. His friend died in the incident. A year later, 21 dropped his first song, "Picky," and ever since, he's used his icy bars to unpack his experiences over ominous trap beats.

With a chilling monotone, 21 lets off contagious lyrics about putting people on T-shirts and rearranging their faces with the soles of his $1,000-dollar red bottoms. Every time the smoke clears and reveals the current all-stars of the rap game, 21 has been there consistently with a knife on his forehead and a double cup of codeine in his right hand.

Within the first year of his career in 2015, he solidified himself as an underground ATL prophet with four mixtapes: The Slaughter Tape (2015), Slaughter King (2015) and Free Guwop with Sonny Digital. But it was his next release, Savage Mode with Metro Boomin, in 2016, that allowed him to crack the mainstream seal.

For the next few years, he continued building on his success by dropping the collaborative project Without Warning with Offset and Metro, the platinum-selling Issa album that houses hits like “Bank Account,” and his Grammy Award-nominated follow-up album, I Am > I Was. That LP includes his J. Cole-assisted single “A Lot,” a song that earned him his first Grammy when he won the gramophone for Best Rap Song at the 2020 Grammy Awards.

With his latest drop, Savage Mode 2—his third Metro Boomin joint project—debuting at No. 1 while securing him the best first-week sales of his career, it’s obvious that 21 is the people’s champ and skills-wise, he deserves a nod for the most improved player.

So to celebrate his 28th birthday, XXL delivers the ultimate 21 Savage album with songs that trace back to the time the 2016 XXL Freshman arrived in the game. So strap those Nikes up and press play.