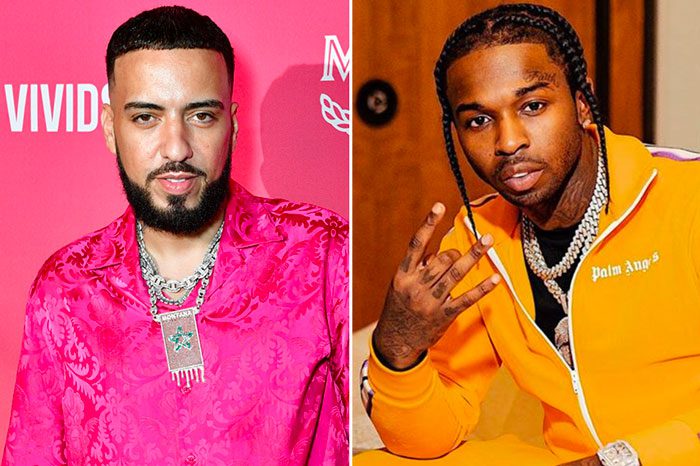 French Montana teams up with the late Brooklyn legend on “Double G,” the first offering from French’s upcoming Coke Boys 5 project. On the drill banger, the Woo charms the ladies (“I’m tall, skinny, handsome / She like you a gorgeous, little gangster”) while keeping it true to the streets (“Even with a gun, ni**a, I’m the wrong one, ni**a”).

In an interview with Apple Music, French spoke about his friendship with his fellow New Yorker. “A lot of people don’t realize how close me and Pop Smoke was,” he told Zane Lowe. “We was friends outside the music and we had a lot of music together that we was planning on putting out, and I’m just so sad we didn’t get a chance to do that. So I just picked out one of my favorite ones and just put it out. He represents the culture; he represents everything about New York.”

French admits that he debated whether to release the song following Pop’s death. “That’s why I was even contemplating not putting it out, but he deserves more than that from his fans, from New York and for the people, just to see the positive side and how much talent this kid had and how our vibration was with each other,” he said.

Pop’s legacy lives on. He posthumously won the award for Best New Hip Hop Artist at this week’s BET Hip Hop Awards, while his debut album Shoot for the Stars Aim for the Moon is currently No. 2 on the Billboard 200.