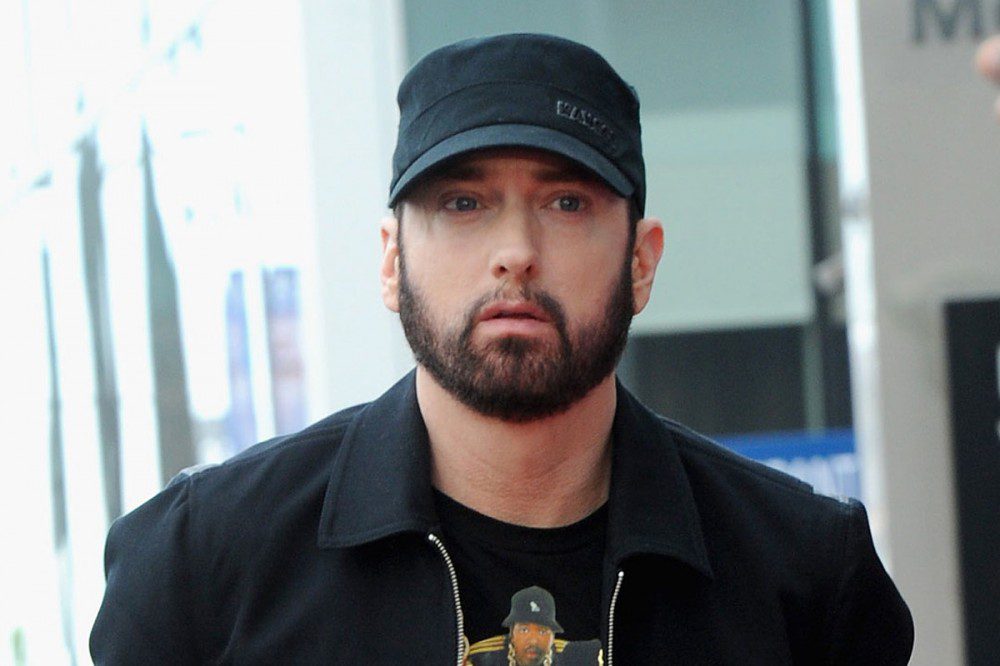 Long before Eminem was one of the highest-selling rappers globally, he was a man on a mission to achieve his dreams. In a video clip that recently resurfaced online, Em can be seen hitting the stage in the earlier days of his rap career.

In December of 2017, a fan shared a video from an old Eminem's concert where he performs "Low Down, Dirty" with D12. The YouTube page, Random Clips, notes that the performance is from 1996. The video was recorded a couple of years before Em signed to Dr. Dre's Aftermath Entertainment record label on March 9, 1998.

In the video, Em, who is about 24 years old in this clip, performs beside his rap crew D12 for a small crowd outdoors. Eminem holds down the song while D12 provides ad-libs and hype man-esque assists. The Detroit natives appear to receive love from the crowd as the attendees can be seen bobbing their heads to the music.

"Wearing visors, sunglasses and disguises/‘Cause my split personality is having an identity crisis/I'm Dr. Hyde and Mr. Jekyll, disrespectful/Hearing voices in my head while these whispers echo/(Murder-murder, redrum)/Brain size of a bread crumb/Which drug will I end up dead from/Inebriated ‘til my stress is alleviated/How in the fuck can Eminem and Shady be related?," the MC rhymes with help from who appears to be D12's Bizarre.

"Low Down, Dirty" appears on Em's Slim Shady EP. This is the project that is rumored to have piqued Dr. Dre's interest in Eminem. The EP was released in 1997.

Watch the first-ever recorded Eminem performance before the fame below.