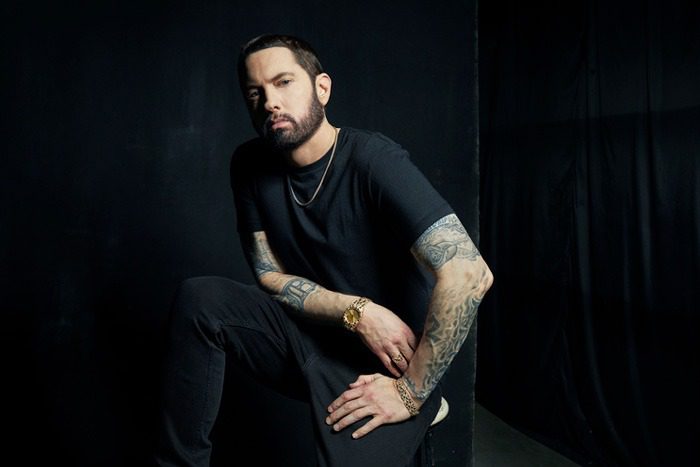 Following a week of rumors, Eminem makes it official by unleashing Side B, the deluxe edition of Music to Be Murdered By. The album contains the original 20 songs, plus 16 brand new tracks, with appearances from Dr. Dre, Ty Dolla $ign, Skylar Grey, White Gold, and DJ Premier.

“Uncle Alfred heard you screaming for more… enjoy Side B,” tweeted Em after Friday’s surprise drop.

Uncle Alfred heard you screaming for more… enjoy Side B. https://t.co/Ebt0AqnCk2 pic.twitter.com/xCu4nueIvP

The original Music to Be Murdered By was released without warning back in January featuring Juice WRLD, Anderson .Paak, Young M.A, Don Toliver, Royce da 5’9″, and more.

Shady has been keeping a low profile, but earlier this month, he made a surprise cameo in “SNL’s” parody of “Stan” starring Pete Davidson.

Stream Music to Be Murdered By – Side B (Deluxe Edition) below.