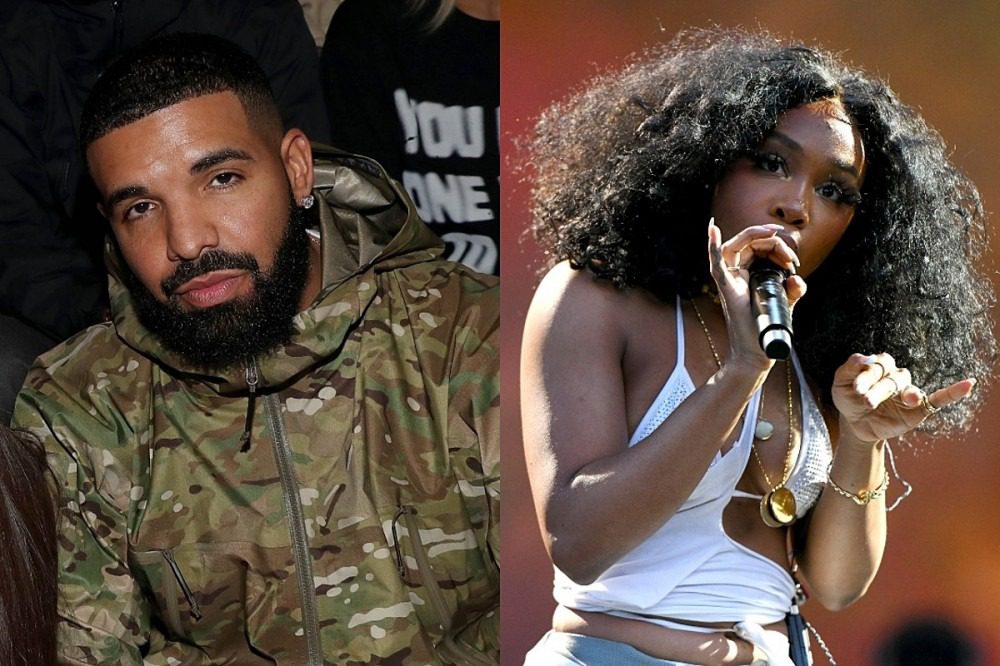 Drake is receiving backlash from people on social media for name-dropping a popular R&B singer in a new track.

On Friday (Oct. 2), 21 Savage and Metro Boomin dropped their highly anticipated Savage Mode 2 album. On the effort, Drake delivers a verse on the second half of the song "Mr. Right Now" and folks think he's referring to TDE's SZA after he claims to have dated a woman by the same name over 10 years ago.

"Turn your phone off, take your clothes off/I'ma sav', but I fuck her to a slow song," Drake rhymes. "Yeah, said she wanna fuck to some SZA, wait/’Cause I used to date SZA back in ’08."

Drake is notoriously known for name-dropping women in his music. Earlier this year, the rhymer ended up in the hot seat after referring to Kylie Jenner as a side piece in a leaked snippet of an unreleased track. He later apologized to the makeup mogul after receiving backlash from fans.

While there is no telling if SZA and Drake actually knew each other back in 2008, or if he is talking about another woman with a similar name, according to fans, the 6 God is spilling the beans about his relationship with the New Jersey native. Fans jumped on social media today to discuss the song, calling the name-drop an attempt to play into his Certified Lover Boy persona, which is also the title of his forthcoming album. Other people have broken out their iPhone calculators to do the math about the two artists' ages during this time.

"Drake used to date SZA back in 08? Drake's hitlist got more 10's than his own discography FFS," one Twitter user wrote.

SZA has yet to respond to Drake's claims on "Mr. Right Now," but Twitter is drawing their own conclusions right about now. Check out some fan reactions below.

Listen to "Mr. Right Now" by 21 Savage and Metro Boomin featuring Drake below.