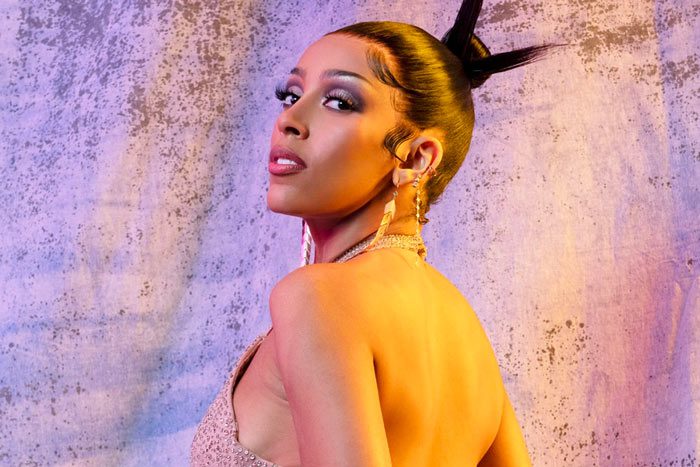 Doja Cat drops “Vegas,” the lead single from the soundtrack to Baz Luhrmann’s upcoming ELVIS biopic. The song, which she debuted during Coachella last month, incorporates Big Mama Thornton’s “Hound Dog,” which was re-recorded by Elvis in 1956.

Doja performed the song for the first time at Coachella last month, where she also brought out gospel artist Shonka, who plays Big Mama Thornton in the movie and is featured on the soundtrack as well.