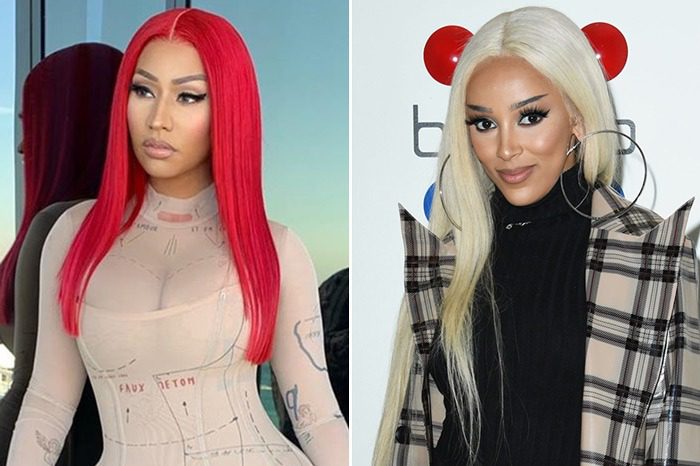 Nicki Minaj has been absent from social media for the past couple months, but Doja Cat brings her out of hiding on the official remix to her hit “Say So.” The Queen blesses the disco-infused bop with a playful verse.

Nicki shouts out Michael Jordan and addresses her sexuality on her verse. “Used to be bi, but now I’m just hetero,” she raps, while referencing the current pandemic. “Ain’t talkin’ medicine, but I’m made of morphine / Ever since I put the cookie on quarantine / You know this thing A-1 like a felony / All he gotta do is say the word like a spelling bee.”

“Say So,” which appears on Doja’s album Hot Pink, is currently No. 5 on the Billboard Hot 100 and has sold over 1.5 million units in the U.S.

Doja, who has paid homage to Nicki in the past, recently shut down rumors of a rift. “They don’t even know I’m the biggest Nicki Minaj fan,” she told Apple Music.

Nicki has refrained from using social media. Her last Instagram post was Feb. 29, but she did return earlier today to address a leaked version of the remix.