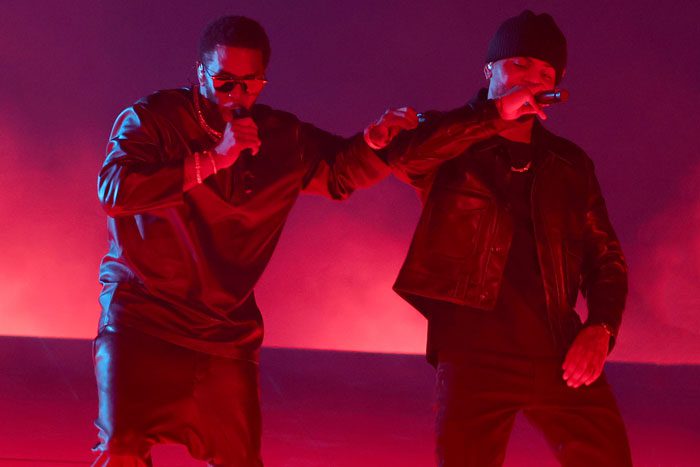 Diddy is back in his bag.

The hip-hop icon officially kicks off the Love era with his first single in seven years. On “Gotta Move On,” which he debuted at the Billboard Music Awards last month, Diddy and Bryson Tiller cure their breakup blues by crafting an R&B bop.

“I’m in my bag, I’m in my R&B bop, I’m in my groove, I’m in my pocket,” said Diddy. “I made a song with Bryson Tiller. It helped him through his breakup, it helped me through my last breakup. Sometimes you gotta move on. Keep it pushing.”

“Gotta Move On” is the first single from Diddy’s upcoming album, which will be released later this year on his new R&B label Love Records in partnership with Motown. He previously teased a collaboration with The Weeknd as part of a Beats by Dre commercial starring Kayvon Thibodeaux.

The season of Love is in full effect. After hosting the Billboard Music Awards last month, Diddy will be honored with the Lifetime Achievement Award at the BET Awards on Sunday, June 26.