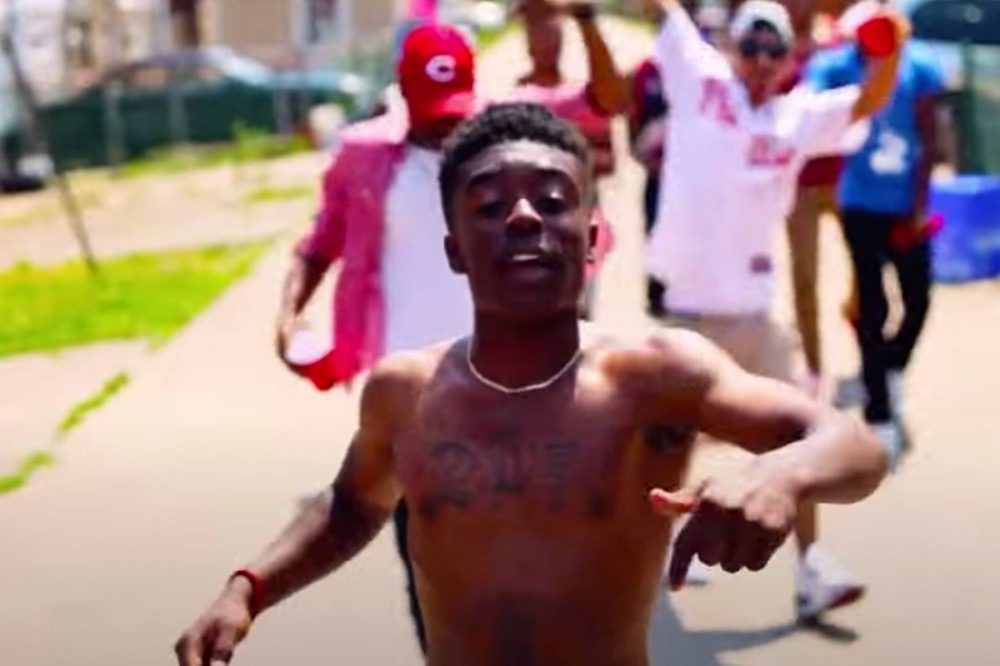 Long before he was a 2016 XXL Freshman and one of the highest-selling rappers of 2020, Lil Uzi Vert dipped his toe into music in a different fashion. Back when Uzi was on the come up, he was a part of a group called Steaktown.

The rap group was created in 2010 after Uzi heard his high school classmate William Aston freestyle over a Chris Brown instrumental. Together, Ashton, Uzi, who reportedly went by the moniker Sealab Vertical at the time, and another another friend named, A.Y. Sealab, formed Steaktown. However, the group split when Uzi was 17 years old.

One of the most popular Steaktown tracks is the "Steaktown Anthem," which was released in 2012. A younger Uzi, who hadn't yet reached his prophesied trap rap rockstar status, can be seen rapping as he removes his shirt while walking through an alley with his crew. In another scene, he delivers bars while sitting atop a basketball rim.

"Codeine and lots of Sprite (Codeine and lots of Sprite)/Got my body feelin' alright/Got a loose bitch, but that pussy tight/Oh no, oh no, stupid niggas, stupid hoes/You already know bitch I do what I suppose/Then I throw a couple dollars while she sliding down that pole/Yeah the sour I devour/Yeah them diamonds got me froze/White bitch cookin' up that nose," Uzi rhymes over what sounds like an electronic-inspired beat.

Two years after the video for "Steaktown Anthem" was filmed,

">The Real Uzi, his very first official mixtape, was released. Shortly after, the rhymer signed a record deal with Atlantic Records with DJ Drama. Since then, Uzi has dropped countless mixtapes, projects and albums that prove he is a star.