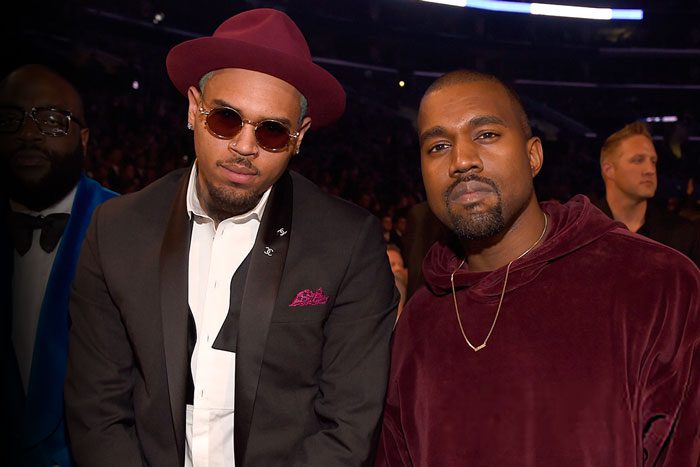 Breezy and Yeezy may be up to something.

Chris Brown appears to be teasing a collaboration with Kanye West. Taking to his Instagram Story on Tuesday, Chris offered a cryptic teaser of what’s to come.

“Dat Yeezy and Breezy,” he wrote alongside the eyes emoji.

NEWS: @kanyewest & @chrisbrown have been working on new music together pic.twitter.com/1bzCvSr5qT

It’s unclear if their potential collaboration is off Kanye’s upcoming album Donda. Earlier this week, Ye held a listening event for the long-awaited project in Las Vegas where he previewed tracks with Lil Baby, Pusha T, and Baby Keem, but there were no reports of Chris being featured.

There is also speculation that the song could be Chris’ single. He recently hinted that new music was coming. “When I drop this shit I hope ya ears are ready,” he told fans earlier this month.

Breezy and Yeezy are no strangers to collaboration. They previously worked together on tracks including “Waves” for 2016’s The Life of Pablo and “Down” off 2007’s Exclusive.

Meanwhile, Chris can be heard on “Woo Baby” off Pop Smoke’s Faith album.