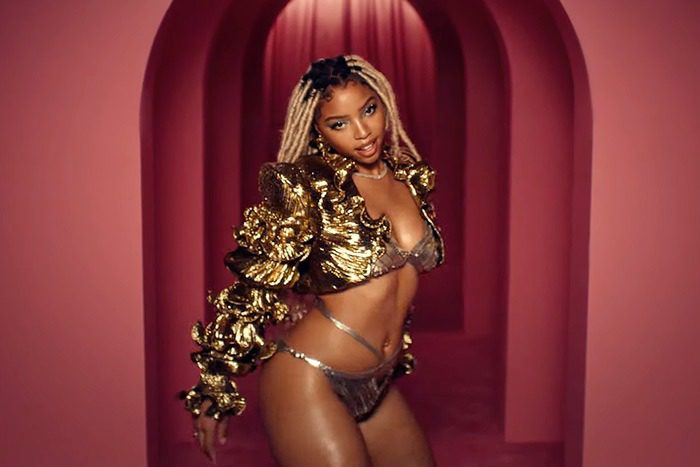 Chlöe is ready for her close-up.

After going viral with a series of covers, one half of R&B sister duo Chloe x Halle steps out solo with her debut single “Have Mercy.” On the booty-bouncing bop, produced by Murda Beatz, Beyoncé’s 23-year-old protégé embraces her fun and flirty side.

“All this ass up in my jeans / You can’t get up in between / You tryna get a piece of me / I can teach you a couple things,” she sings.

In the music video, directed by Karena Evans, Chlöe and her girls kidnap a 21-year-old man (played by Rome Flynn) and his fraternity brothers and hold them hostage in their pink sorority house. Chlöe seduces them with her sexy moves while strutting around in a series of head-turning outfits. Beyoncé’s mother, Tina Knowles-Lawson, also makes a cameo.

The “grown-ish” star will perform “Have Mercy” live for the first time at Sunday’s MTV Video Music Awards at Brooklyn’s Barclays Center.