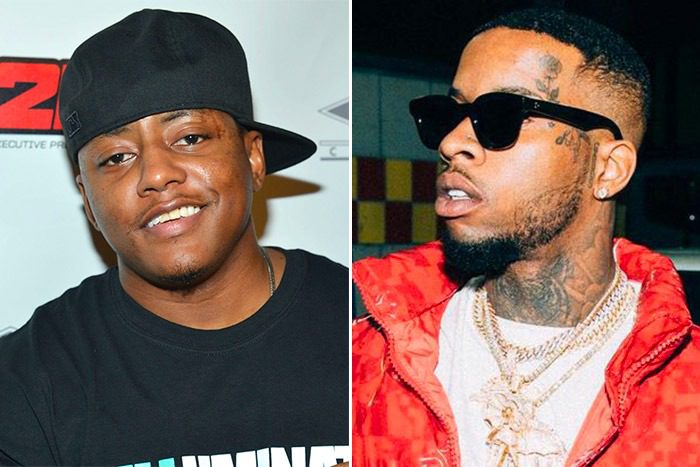 Cassidy won’t let up when it comes to Tory Lanez.

A week after Tory took aim at him on his “When It’s Dark” freestyle, Cassidy has responded with his second diss track. On “Plagiarism,” the Philly rapper once again takes shots at Tory for stealing his flow.

“You not from Philly but you still be stealin’ all our shit,” he raps on the 7-and-a-half-minute track. “You bite bars / If somebody bite yours, they’a taste pussy.”

The beef started after Cassidy accused Tory of jacking his flow during his recent Funkmaster Flex freestyle, where he rapped over Cassidy’s 2005 hit “I’m a Hustla.”

“He admitted he stole my bars / That’s retarded shit,” raps Cassidy. “And he stole a lot of other artists’ shit that y’all forget / That man confiscated all his hits / Takin’ all that shit got him stressed / That’s why his hair goin’ bald and shit.”

Adds Cassidy, “You should call it quits / Just retire now / His hood mad at him / He just embarrassing his entire town.”

Earlier this month, Cassidy unleashed his diss track “Perjury,” prompting Tory to respond with his “When It’s Dark” freestyle off his streaming NFT album, which reportedly sold 1 million copies in under a minute.

“I leave Cass body in that casket his career is in / My prime to your prime, dawg, it’s no comparison,” Tory raps on his diss. “What you gon’ prepare, some Smack DVD appearances / Ding, ding, ding, 15 seconds of fame is up / Was in them hotels with R. Kelly, we should flame you up.”