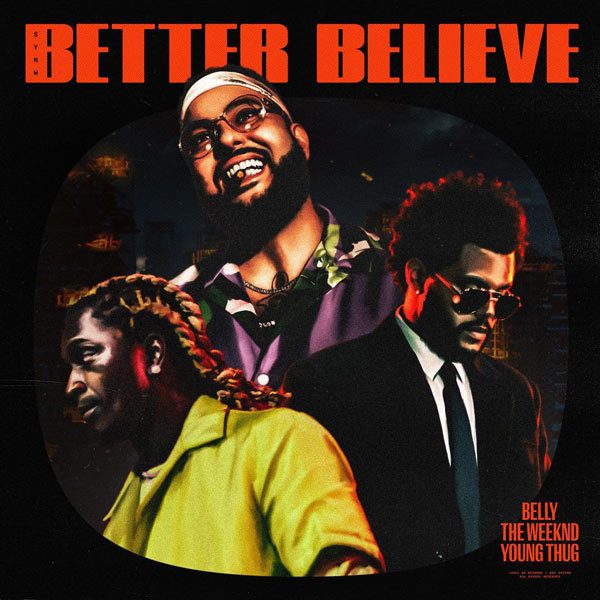 Belly reunites with The Weeknd and Young Thug on his latest single, “Better Believe.”

The Zaytoven-produced track, which Belly calls the “biggest record of the summer,” finds Belly and Thug setting the vibe, while Abel delivers a hypnotic hook.

“It’s a family affair. That’s my brothers right there,” Belly told Apple Music. “I feel like the best collaborations happen with people that you actually have chemistry with in real life. And I think with Thug and Abel, obviously, it’s just natural.”

The song debuts alongside an explosive video, directed by Christian Breslauer (Doja Cat, Nick Jonas). The cinematic clip, which Belly describes as a stunning “mind f**k,” is the first in a two-part series.

“Better Believe” arrives ahead of Belly’s upcoming album See You Next Wednesday, due this summer. The project has already spawned a series of tracks including “Money on the Table” with Benny The Butcher, “IYKYK,” and “Zero Love.”

“I think just where I am mentally, where I am like spiritually, emotionally, I think I’m just in a much better place,” Belly said of his new music. “So putting this album together, for me, it feels like a celebration of like a landmark in my life because this right here, I didn’t think I was going to be able to do this again and put out music again and share my music again. So to be able to do this right now, for me, it was like a super blessing.”