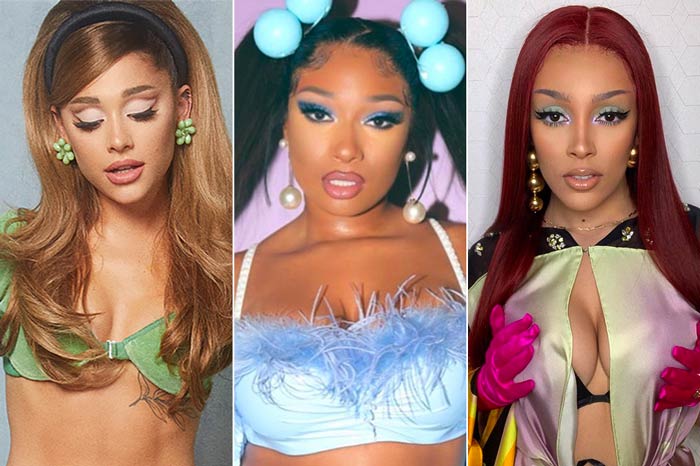 The trio turns up the heat on the explicit bedroom banger off Ariana’s chart-topping album positions. Doja drops some raunchy rhymes (“I want that 69 without Tekashi”) before the Hot Girl delivers a scorching verse of her own.

In November, Ariana released a video for “34+35,” the second single off positions following the title track. The album also features another collaboration with Doja Cat (“Motive”).

And there may be even more collabs to come. Doja recently hinted that Ariana may appear on her upcoming album.

Before Christmas, Ariana announced her engagement to boyfriend Dalton Gomez and released her Netflix documentary, “Excuse Me, I Love You.”