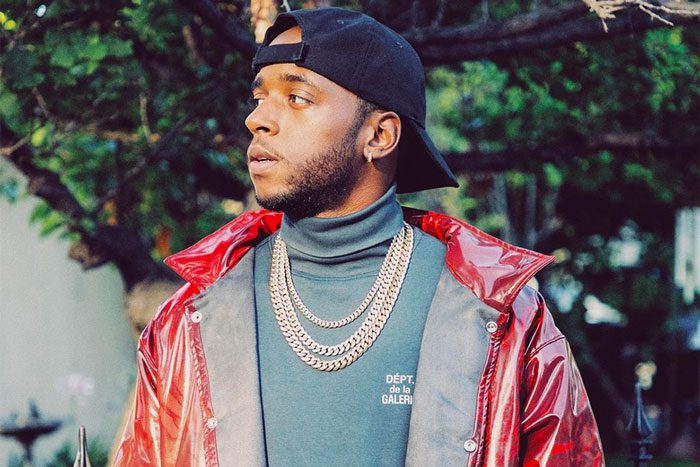 It’s been nearly two years since his last album, but 6LACK is ready to begin the next chapter. On the heartfelt “ATL Freestyle,” which serves as a love letter to his hometown of Atlanta, he reflects on his journey, family, and eating hot wings while bumping Gucci Mane.

“I sacrificed most of my time so my daughter can take vacations in bumfuck,” he sings over the guitar-driven melody, produced by Fwdslxsh and Gravez. “My life is VVS, I practice clarity / I practice what I preach / I’m livin’ what I teach.”

6LACK is now readying his third studio album, the follow-up to 2018’s East Atlanta Love Letter. In anticipation of the project, he has launched his 6LACKBOX website, which resembles a Dropbox.

“My next album will be my best album,” 6LACK told fans at the Day N Vegas festival last year.

He also penned a powerful letter in the wake of the deaths of Ahmed Aubrey, Breonna Taylor, and George Floyd. “With the amount of pain and anger I feel in my heart, releasing a new song at this very moment doesn’t feel like a great priority,” said 6LACK. “Always and forever before music, the respect of my people comes first.”

wanted to say something before we get to the music tonight… 🙏🏾