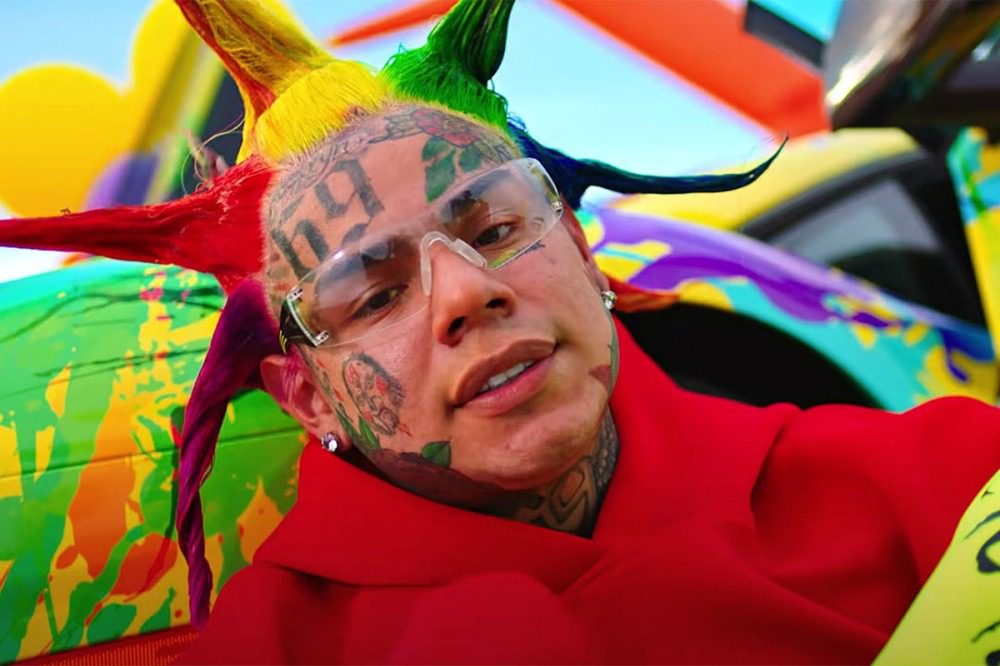 6ix9ine has been hospitalized due to an overdose.

According to a report from The Shade Room on Thursday (Oct. 1), the Brooklyn rapper was hospitalized in Florida two days ago after consuming too much caffeine, causing him to sweat profusely while sitting at his computer. He also consumed too many weight loss pills. Tekashi told the outlet that in addition to drinking McDonald's coffee, he also took two Hydroxycut weight loss pills instead of the advised dose of one pill per day, which appears to have triggered his overdose.

6ix9ine reportedly said he was only taking Hydroxycut and not any other drugs because drug use would be violating the conditions of his strict probation, which would land him back in prison.

Tekashi adds that he put on quite a bit of weight once he was released from prison on federal firearms and racketeering charges, weighing over 200 pounds at one point. 6ix9ine says he is making headway in his weight loss journey and has gotten down to 177 pounds. However, his goal weight is 150 pounds, and at that point, he'll return to Instagram.

The Shade Room also notes that the 24-year-old artist is currently home and "doing fine."

Speaking of his return, 6ix9ine has been rather silent on social media following the release of his new album, TattleTales. The LP, which was his first since being freed from home confinement in August, debuted at No. 4 on the Billboard Top 100 chart bringing in 53,000 units. The federal-informant rapper's sophomore album was initially projected to move about 150,000 units. Instead, he was beat out by Big Sean's Detroit 2, which debuted at the top spot with 103,000 equivalent album units.

XXL has reached out to a rep for 6ix9ine for a comment on this matter.