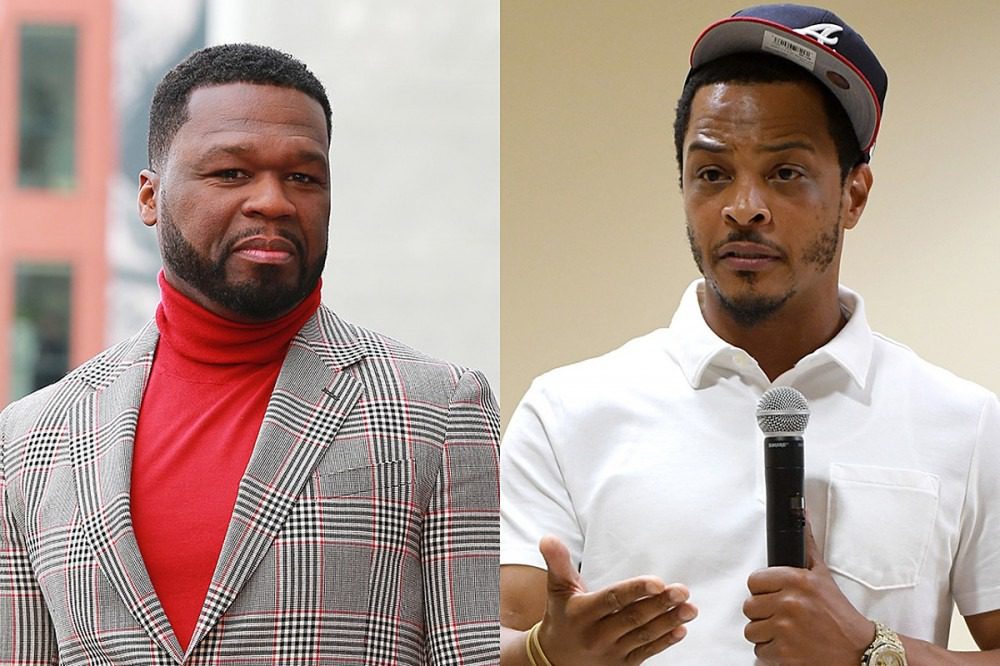 T.I. has shared his thoughts on killings taking place in his hometown of Atlanta just days after Chicago rapper King Von and two other men were shot and killed in the city following a shooting incident. Now, some of Tip's rap peers have hopped on social media to criticize his comments.

On Monday (Nov. 9), 50 Cent chimed in after sharing an Instagram Story posted by King Von's sister, Kayla, which read, "And theses r FACTS! But the energy he always putting in ppl business need to be the same energy he need to make it right with his daughter!!!!! No wea is my brother @50cent get on his ass!."

Fif captioned his IG post, name-dropping Tip, "A @troubleman31 you gotta chill, you bugging for saying anything. They got casualties this is real shit, i don’t know what you was thinking but re think it now. They are hurting, they love that boy he was a way out. I bet you don’t even realize they will kill you for what you just said. ‍♂️what hood you from again? come on now it’s quiet time."

50 is referring to the social media post T.I. uploaded yesterday, with the words, "Atlanta is a beautiful progressive city filled with Black excellence. We uplift each other & win together. Stop coming here to kill each other. That shit is played out." He captioned the IG post, "Handle YOUR beefs in YOUR city. Thx in advance. – King."

Although King Von's sister doesn't specifically call out Tip in her post, she did repost his comment about people keeping their feuds in their own cities.

Waka Flocka, who also reps the ATL, appears to have weighed in on Tip's comments as well. "Never talk down on people when you once was the person that you talking down on," Waka began. "I don't give a fuck what the scenario is. Ever. And I'm talking about guys that come from the streets. Not niggas that say they do. Bruh, I don't care how far I get in life. Bruh, I would never look down on anybody in the streets or anything they ever do in the streets because I understand the laws and lifestyle that come with it. And when you understand that, a lot of thing you not supposed to talk about."

Late Monday evening, Tip clarified that he wasn't referring to the shooting incident that took place outside of Monaco Hookah Lounge on Nov. 6 that resulted in King Von's death.

"I don't speak ill of my allies," he wrote in an Instagram post. "My last post had nothing to do with King Von. Y'all grossly mistaken, I have no motive or intention to do harm or malice cats I'm cool wit. My family's hearts goes out to them & I've expressed this to the people in his life that matter most in this situation." T.I. added, "That's all I'm concerned with."

On Nov. 7, just one day after Von was killed, a suspect was charged with murder in the 26-year-old rapper's death. Following the arrest, the investigation into King Von's killing has been closed.