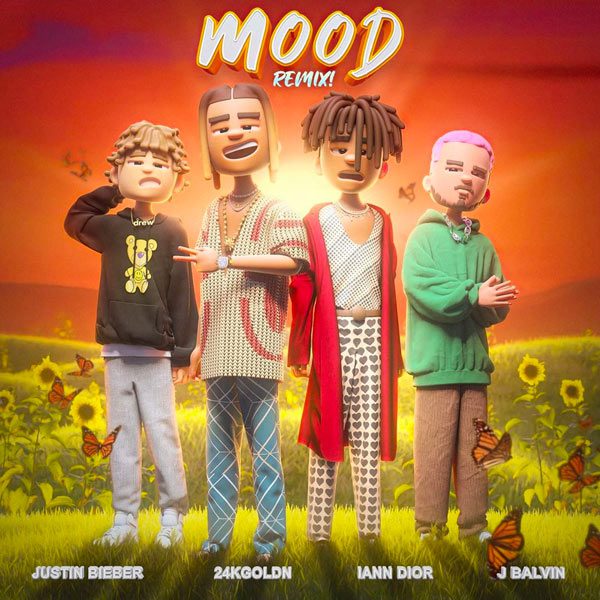 After topping the charts with his breakout hit “Mood,” 24kGoldn calls up Justin Bieber and J Balvin for the official remix.

The superstars add their platinum touches to the Iann Dior-assisted smash, which spent two weeks at No. 1 on the Billboard Hot 100.

“I know at times I can have a couple screws loose / I’m trying to connect to your body, girl, like it’s Bluetooth,” sings Bieber, while J Balvin adds some Latin flavor and Goldn delivers a new verse.

Collaborating with Bieber was a dream come true for the San Francisco rapper. “I damn near cried, bro. I damn near had to shed a tear,” 24kGoldn told Apple Music. “In a lot of interviews I’ve been saying, people, when they ask me, ‘What’s your dream collaboration?’ I say, ‘Justin Bieber and Drake, Justin Bieber and Drake.’ We knocked Bieber off the list. Now it’s just time for the 6 God.”

24kGoldn is readying his debut album, El Dorado, for release early next year. “I feel like now I’m at the point where people do actually care to listen to a full-length project,” he said. “I’m so excited because I’ve been waiting for that moment, my whole life. My album El Dorado, I’ve been working on that all through quarantine. I’m just trying to make the best music I can.”

In addition to linking with 24kGoldn, Bieber released the acoustic video for his single “Holy” featuring Chance the Rapper.