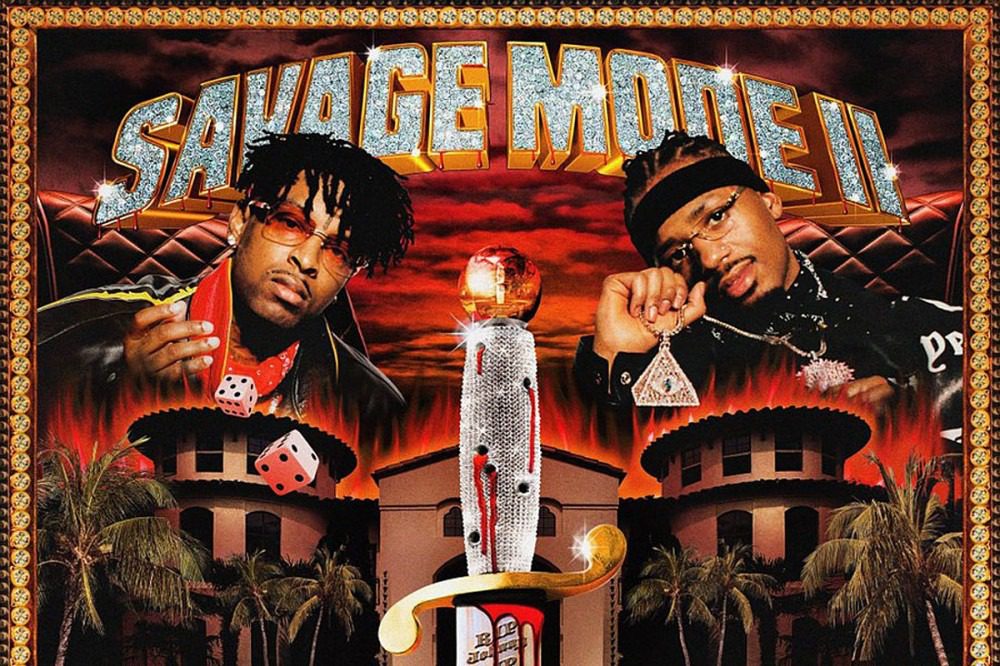 Four years after delivering Savage Mode in 2016, 21 Savage and Metro Boomin make their triumphant return with the second installment.

The 2016 XXL Freshman first teased the album in 2019, during a concert in Los Angeles. The rhymer graced the stage and yelled out "Savage Mode 2 on the muthafuckin' way" to adoring fans.

In March of this year, 21 Savage announced that the project had been pushed back after expressing the need to make everything perfect for listeners. A few months later in September, fans of the two artists started a petition to have the project drop sooner rather than later. The petition quickly received more than 28,000 signatures at the time and forced the hands of Metro and the "A Lot" rapper because a week later, 21 announced that he and Metro would finally be putting an end to the fans' waiting for Savage Mode 2.

With the help of Morgan Freeman, a video trailer confirmed the project's impending arrival on Sept. 28. The visual, directed by Gibson Hayward, has all the spooky, eerie vibes one would expect as Halloween approaches—a graveyard and crows included. "Savage is defined as fierce, beastly and untamed," Morgan Freeman narrates as 21 and Metro are seen in the studio. "Mode is defined as a way of operating or using a system. So to be in savage mode is to go hard, not allowing anything to stop or deter you from your mission. Basically, this means if someone is in savage mode, they're not to be fucked with."

Listen to 21 Savage and Metro Boomin's Savage Mode 2 album below.