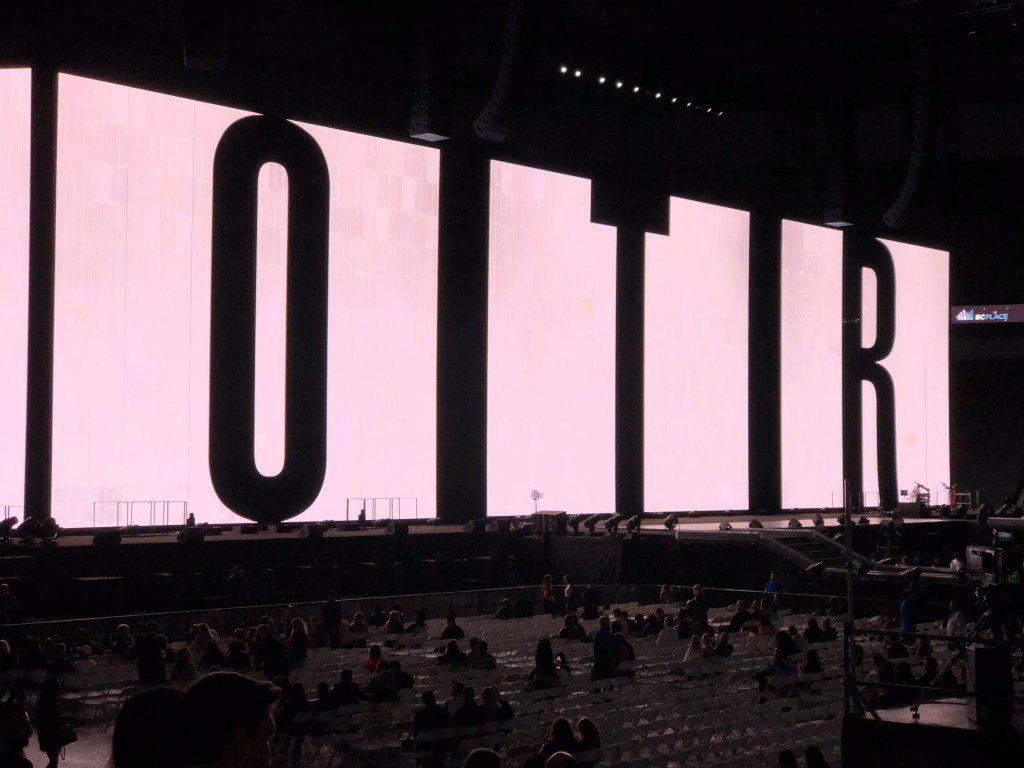 Vancouver, BC – With an almost sold out show, the On The Run II (OTRII) Tour was here in Vancouver on their second-last stop, before concluding the tour in Seattle on October 4th. BC Place was packed, with much of the #BeyHive scrambling to get their hands on a few coolers and find their seats. The merchandise line up was also buzzing, with the lineup for some concert merch going down one entire floor. The concourse was never at one point not busy.

Alongside Beyoncé and Jay-Z, was opening act Chloe x Halle. The two are known for their quick rise in the music world, by winning Disney’s Next BIG Thing competition. They are also well known for their young views and R&B-contemporary sounds. Stylized on stage as “CHLOE X HALLE”, the combo opened up with a short artistic video montage. The montage featured many of the two’s life moments–all mostly excerpts from their social media posts, with a few touches of artistically designed scenes. For the tour, it was very loudly announced through social media and also at the end of the tour through on-screen credits, that allcreative direction for the tour was directed by the King and Queen themselves.

About an hour passed after Chloe x Halle’s set completed, and there was blackout. The words “THIS IS REAL LIFE” came up on the screen, each word being shown individually. Followed by that, was “ON THE RUN II” and the pair’s entrance montage describing their love story. Time and time again, the pair (and tour) remind us that LOVE NEVER CHANGES. Not long after the montage ended, Beyoncé and Jay-Z walked onto stage, hands locked with each other’s. Beyoncé was rockin’ a sparking leotard covered in crystals and a white fur stole, with Jay-Z matching closely in dapperness with a full white suit. They performed their first duet song, Holy Grail, with Bey taking lead on what is usually Justin Timberlake’s verse.

As the night progressed, the ante in the stadium was building UP, all the way to the very end. The OG Gangster and Queen performed well over fifteen songs, some together and some solo. Some songs that were performed last night were 03′ Bonnie and Clyde, Flawless, Clique, Big Pimpin’, Drunk In Love, Dirt Off Your Shoulder and many more. Bey also performed a solo of Resentment, stunning the crowd with a slick wardrobe change into a beautiful, long wedding-gown style dress, shown below.

The night started to end, with the couple performing APESHIT, the lead single from their newly released album, EVERYTHING IS LOVE, as the finale song. Bey and Jay-Z finished the single, with thank you remarks, with respects to fans and crew, and I couldn’t also help but notice that the couple had a screen with scrolling credits with more thank you remarks.

Hats off to The OG Gangster and Queen for amazing us Canucks, yet again! More (professional) photos from the Vancouver section of the tour are located here.

Review by Nicholas Ram for WhatTheHYPE Canada. Any errors, omissions or questions? Get in touch with me via email at [email protected]!